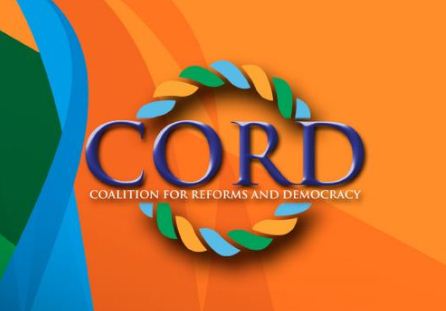 This is a press statement released by CORD yesterday, where they among others things demanded that the IEBC stops airing TV commercials urging Kenyans to accept election results.

We would like to draw the country’s attention to the following:

1. IEBC is currently running advertisements on media asking Kenyans to accept the results of the elections held last week. We would like to reiterate that the right to petition an election result is constitutionally guaranteed. IEBC as the institution whose deficiencies are subject of such challenges cannot therefore purport to ask the public to accept the election results as that is tantamount to violation of the democratic rights. We demand that the IEBC stop these advertisements forthwith.

2. As CORD prepares to file the petition against the presidential results, our candidate has made concrete assurances to the public that he will respect and uphold the decision of the Supreme Court on this matter. We hereby ask the Jubilee Alliance to issue a similar assurance to Kenyans.

4. Note that the Coalition government is still in place until the next President is sworn in, which will be clear when the petition to be filed within the constitutional timeline has been determined by the Supreme Court.
For

Ruto To Occupy Prime Minister’s Office And Not Kidero As Previously Planned < Previous
Miguna Attacked IEBC Chairman Isaack Hassan, Raila Suspended Him… Does Raila Now Believe Miguna?? Next >
Recommended stories you may like: