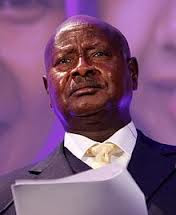 Family and hospital sources confirmed Mzee Kaguta’s failing health, but declined to discuss specifics of the ailment. Dr Diana Atwine, the family’s physician, said he was taken to hospital for “observation” after complaining of “abdominal pains”.
“He is steadily recovering,” she said. Another source told this newspaper Mzee Kaguta had a problem with his head, and gave no detail. President Museveni reportedly visited his ailing father on Friday afternoon and returned to the medical facility mid-morning yesterday.
Micheal Muhame, the doctor treating Mzee Kaguta, said professional ethics bar him from publicly divulging conditions of patients under his care – unless authorised by relatives.
“I am not at liberty to give you any information; a patient’s detail is confidential,” he said by telephone. State House officials said Mzee Kaguta’s hospitalisation, reportedly on Thursday, was a family matter and they would not comment on it. Age is reported to exacerbate the frailty of a man the President, 69, extols in his 1997 book, Sowing the Mustard Seed, as an enduring character and disciplinarian.
In it, Mr Museveni recounts the father’s struggles to bring them up in a rural and cattle-herding community with modest resources, embracing Western education and imparting in them traditional values even after converting to Christianity in the 1950s. Mzee Kaguta, a former traditionalist, converted to Christianity and got baptised as Amos around 1944, the year Museveni suspects he was born, and had the toddler baptised at an Anglican Church on August 3, 1947 – without going through requisite catechism lessons.
What Museveni writes
“My father [is] a very kind person, except occasionally when he would drink [traditional beer] and become rather violent,” Mr Museveni writes, “He was [during my childhood] a person [to] whom I would ask many questions – and if I didn’t ask, he would tell me.”
Theirs too appeared to have been a fond and open relationship, although the President confesses that he was more affectionate with his late mother, Esteeri Kokunduka, who became a conservative Christian upon conversion.
Mzee Kaguta’s resolute decision to take young Museveni to school opened him doors in adult life, lifted him out of the village and liberated his intellect, empowering him to engage in successful protracted guerilla struggles and becoming Uganda’s longest-serving President.
The President also praises his father for clinging on the virtues of African tradition and keeping as a liberal Anglican, values Museveni’s noted helped nurture “more balanced” people. Like father, the President says he does not eat chicken and fish, although he these days promotes their tending in the country to enable citizens earn income.
Daily Monitor
Goldie Harvey Wedding Pictures < Previous
Henry Kosgey In Shock After His Son Endorses His Senate Rival Next >
Recommended stories you may like: