How To Know It’s A Nollywood Movie.. Reloaded 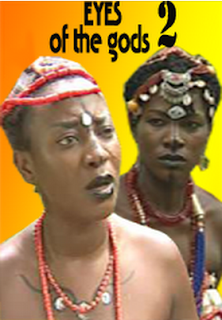 1. A girl carries the same hairstyle even after 2 years.
2. A woman barges into her husband with another woman in a hotel room. Who gave her the key?
3. Chief is inside the car with the glasses windup, armed robbers attack and shoots at chief, the bullet won’t break the glass but will kill chief inside the car.
4. A man shoots himself on the head 3 times. WTF! how in the world is that possible?
5. RMD remembering when he was still 7 years old as far back as 1960 and suddenly a HUMMER passes in front of him.
6. Patience Ozokwor poisons Zark Orji’s food. She stirs the poison so that it will circulate to all parts of the meal and then she tastes it. Zack Orji dies while she survives.
7. Someone flashes back to 1982 and behind him is a sign board “Vote for Goodluck”.
8. A 7 year old character is washing plates and he suddenly becomes an adult in his 20’s still washing the same plates and wearing the same trousers.:s
9. Omotola is depicted as a poor woman suffering in the village and has to do serious farm work to survive, only for you to see that her fingernails are fixed with long plastic nails and painted crimson red.
10. Tonto Dike acting a born again village girl, yet has tattoos on her body.
11. Someone dies with low cut and his spirit comes back wearing afro.
12. A woman suddenly decides to poison her husband, then she opens her food cabinet and brings out the substance. Is poison part of cooking ingredients?

Full List of ODM Nominees Submitted To IEBC < Previous
Ferguson Watches Wanyama In Action.. Is The Kenyan Headed To Manchester? Next >
Recommended stories you may like: