Smriti Vidyarthi: After much consideration, I have made the decision to stay at NTV 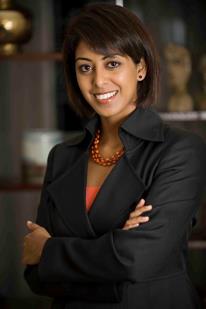 NTV news anchor Smriti Vidyarthi has finally decided to remain at NTV, following days of speculation over her future. Smriti had been reported to be on her way out of Nation Media, with her preferred destination being KTN.

Reportedly, she was to tender her resignation together with the now former colleague James Smart, in favour of the Mombasa Road based station. James Smart went ahead and resigned heading to KTN, but Smriti remained. She has been silent over her next move, but yesterday she confirmed that she was not leaving Kimathi Street. She tweeted:

Official: After much consideration, I have made the decision to stay at #NTV – I wish my colleagues who moved elsewhere the very best.

Her announcement received immediate reaction from her present and former colleagues, with most of them wishing her well.

Good luck partner, humbled to share the newsdesk with you for 3 years, telling Great stories together. See you around- James Smart

best of wishes my friend. You are a great gift to the profession!  – Joe Ageyo

all the best to you too Smriti. All the very best. -John Allan Namu

All the best my friend. Make is happen as always.-Oliver Mathenge

This is what im talking about—-> Ben Kitili

Some of Smriti’s colleagues who left NTV include: Mohammed Ali, John Allan Namu, Joe Ageyo, James Smart and Linda Ogutu, all of them for KTN.
© nairobiwire.com

Doctors Pull Feather From Baby’s Neck < Previous
10% of The World Population Believe The World Is Ending Next Week (21.12.2012) Next >
Recommended stories you may like: