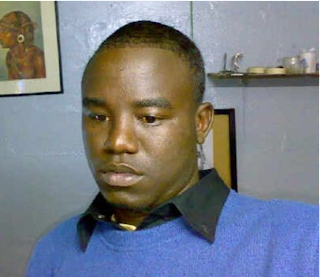 University of Nairobi student leader, Victor Ouko, better known as ‘Stitchez’ has been suspended for three years by the school’s disciplinary committee alongside another student, Ben Sirkal. The two were accused of embezzling SONU funds in a saga that has dragged for close to four months.
Until his suspension, Stitchez was SONU’s Sports and Entertainment Secretary, while Ben was an active member of the student’s body. In June this year, a section of the University student held demonstrations demanding that action be taken against Stitchez for embezzlement of more than 0.5 million. SONU chairman then directed that no money would be forwarded to his department, and that he provides audited reports of events that were termed controversial. Stitchez hit back telling off the chairman and refused to return any money.
On his suspension, Stitchez termed it unfair just coming short of claiming that he was being victimized for attempting to blow the whistle on the widespread corruption and embezzlement. A few days before their suspension, the two had led a group of students to storm into the University’s Finance office, demanding to know how Sh 4 million meant for official’s retreat that failed to materialize, was spent.
“I don’t know for sure who is pulling the strings in the administration for me to be suspended but I need to know just where did the Sh333, 333 SONU bursary for Main campus go to? Where is the 4 million slatted for SONU retreat? How is the SONU Sh34 million activity fee managed?” asked Stitchez.
Following his actions, the disciplinary committee quickly convened and passed the vote to suspend the two fourth year students, until the 2017 academic year.
Stitchez and Sirkal have had several run-ins with the University administration. The former has been accused of running illegal alcohol business from his hostel room. He has also been accused of planning and attacking SONU chairman Mr. Kiogora, together with his hooligan friends. Sirkal on the other hand is in the administration’s bad books for planning some of the frequent demonstrations.
© nairobiwire.com
If Obama – Romney Were In Kenya – Expected Newspaper Headlines < Previous
Ringtone To Perform At Obama’s Re-election Party Next >
Recommended stories you may like: