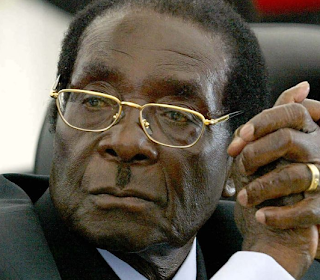 Zimbabwe President Robert Mugabe has come under fire after the government unveiled plans to relocate the capital city from Harare to his rural district, a move his coalition partners say they were not consulted on.

Local Government minister Ignatius Chombo this week revealed that plans were underway to build a new parliament building, government offices, a State House and residential properties in Mt Hampden, about 40 kilometres west of Harare, to serve as the country’s new capital city.
Mr Chombo said the move was meant to decongest the present capital city which has a population of more than 1.6 million people.
The proposed city is in Zvimba district, which is President Mugabe’s home district, and which already receives higher funding from the government despite its relatively smaller population.
Mr Chombo, who hails from the same district as the President, said the new city will be modelled alongside the affluent Johannesburg of Sandton in South Africa.
Chinese companies involved in diamond mining and which have been heavily investing in hotels and shopping malls in Zimbabwe are expected to be given the contracts for the new project.
“Government will make sure that the city has multiple supplies of water by setting up three to four water treatment plants near the city, unlike the situation in Harare where water is pumped from the city.”
Questioned logic
But President Mugabe’s inclusive government partners said they were not aware of the plans and speculated a section of his Zanu-PF party wanted to use money siphoned from diamond mines to build their rich enclave.
“As usual you never know, it could be diamonds funds that they intend to use to build the city,” said Ms Priscilla Musihairabwi-Mushonga from the Movement for Democratic Change (MDC) party.
Other Zimbabweans questioned the logic of building a new city when most of the country’s urban centres were collapsing due to the economic problems that have persisted for more than a decade.
One of the leading dailies, NewsDay, in an editorial Friday accused Mr Chombo of “seeking (President) Mugabe’s attention and to score Brownie points while at it” by pushing the project.
“This is the same minister who has presided over the decay in Harare and the best solution he can offer is to build an affluent city for the same fat cats who continue to accumulate wealth at the expense of the majority poor,” the paper said.
“Instead of coming up with plans to renew to renew dying cities such as Bulawayo, Gweru, Kwekwe and Kadoma, (Mr) Chombo can only think of bringing luxury to (President) Mugabe’s doorstep.”
Zvimba already boasts of some of the best roads in Zimbabwe and most households are electrified.
President Mugabe has been in power since independence in 1980 and has often been accused of under developing other regions leading to the emergence of a secessionist movement in the southern parts of the country.
His party is also fighting a provision for devolution of power in the new constitutions, which is supported by regions who feel marginalised in the distribution of the national cake.
By Zambian Watchdog
John Kiriamiti’s My Life In Crime, THE MOVIE (Coming Soon) < Previous
4 Day Old Infant Miraculously Survived Eastleigh Blast Unscratched Next >
Recommended stories you may like: