Marende Re-election Strategy To Give MPs A Pay Rise Leaks. 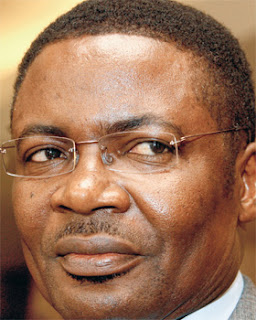 The speaker of the National Assembly, Kenneth Marende has started what can be termed as early campaigns to retain his seat. The speaker rekindled the unpleasant memories of MP pay rises by claiming that they are underpaid and deserve a pay rise like yesterday.
Speaking at the state officers’ job evaluation by the Salaries and Remuneration Commission, Marende noted that the Sh 851,000 earned by members of parliament every month, is too little compared to what other state officers earn.
Despite all the pay rises we’ve been hearing over the years, Marende said “
“The last significant review of the remuneration of MPs was in 2003 when the monthly salary of a member of Parliament rose to Sh200,000 with allowances of Sh651,000 per month. If you take this brief history, it quickly tells you that the average period between one increase and another has been seven and a half years and that from the last in 2003 it has been nine years,”

The speaker gave examples of KRA Commissioners who earn Sh 1 million a month, Treasury PS who takes home 1.13 million and the Chairman of the Commission for the Implementation of the Constitution, who takes home 1.2 million.  He then said “It is therefore important to consider adequately remunerating members of Parliament towards a reasonable standard of living commensurate with their role and the weight of their responsibilities.”

His latest move can be interpreted as a campaign strategy since the speaker knows too well that despite him losing favour with Kenyans, he will have many MPs on his side and the MPs vote for the speaker.

© nairobiwire.com
Funny On Social Media This Week < Previous
Jalang’o Sues KTN Over Comedy Show Next >
Recommended stories you may like: