Yvonne Wamalwa Sued For Stealing From Her Children.

The Brothers also want Yvonne to account for 3.4 million found in the VP’s briefcase. 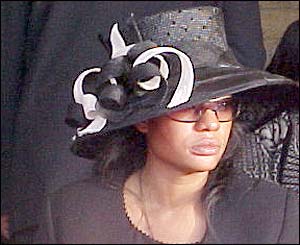 The wife of the late vice president Kijana Wamalwa, Yvonne Wamalwa has been sued by her step children for swindling them 8 million shillings. When Wamalwa died, the family was paid 36.5 million as gratuity, of which 8 million was to be held by Yvonne on behalf of two children, who were then minors. The brothers also want Yvonne to account for 3.4 million which was found in a the VP’s briefcase at the time of his death in London.
The children, some of who are still in school say they risk dropping out for lack of fees. William Wamalwa who is a student at University of Nairobi has not been able to sit for exams for 2 semesters due to fees arrears. The siblings also accuse Yvonne of not involving them in the running of family property. They do not even know how the income from rent of a house they have in Karen is spent.
The court has certified the case as urgent.
© nairobiwire.com
Light Tuesday. Funny Pics. < Previous
Ruto, Karua And Mudavadi Decline TV Face Off. Next >
Recommended stories you may like: