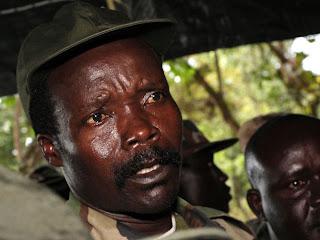 3 days after the video raising awareness over the atrocities committed by Ugandan rebel leader Joseph kony, was uploaded on Youtube, it has already amassed over 19 million views and it may clock 20 million tonight. This is one of the most viral videos ever created and it has received mentions from almost all major media houses worldwide. The video is very well prepared and the producers top it up by requesting for celebrity support on the noble project of exposing Joseph Kony. They even show a picture of Rihanna and it worked.
Rihanna has reportedly contacted the Invisible Children Organization to set up a meeting. The two parties are expected to work together on a new video to keep the fire burning.

The Largest Albino Family. < Previous
Inside Dwayne ‘The Rock’ Johnson’s Mansion. Next >
Recommended stories you may like: