No More Iphones In Syria. 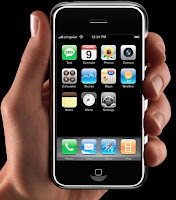 The government of Syria has banned the use of iphones in the country over what is seen as action to regulate what gets out of the country. Videos have been uploaded over the internet showing police brutality over its citizens ever since the riots and civil unrest began. But the effects of banning Iphones in the country where the father of the founder of Iphones was born is seen as a move to show the middle finger to the United States for taking tough stances against the leadership there. The move by the Syrian government was met with fury by Steve Job’s dad who has been supporting protesters in his ancestral country.
Jennifer Lopez opens Largest Mall In Africa < Previous
The Most Expensive Accident. Next >
Recommended stories you may like:
How Tech Startup Olive is Shaking Things Up
You’re The Man of My Life, Nandy tells Rapper Bill Nass After Proposal
Study: Women Who Have Sex Daily Live Longer
NASA Discovers New Solar System with 7 Life-Sustaining Planets