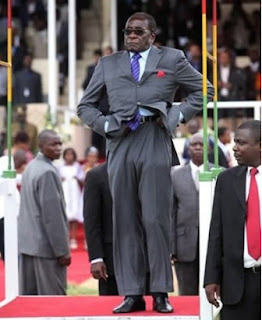 A police officer in Zimbabwe was arrested for using the toilet reserved for Mugabe. The officer identified as Sergeant Alois Mabhunu has languished in detention for over two weeks and may not even have seen half his detention yet, according to sources. Apparently, the police officer was on duty during the opening of a trade show and the forces of nature conspired to work against him and the presidential toilet was the nearest. He managed to force his way past the presidential guards but not past the local police the following day.

Barcelona Masterclass Punish Manchester United < Previous
The Pirate Bay: Can Be Shut Down Anytime Next >
Recommended stories you may like: