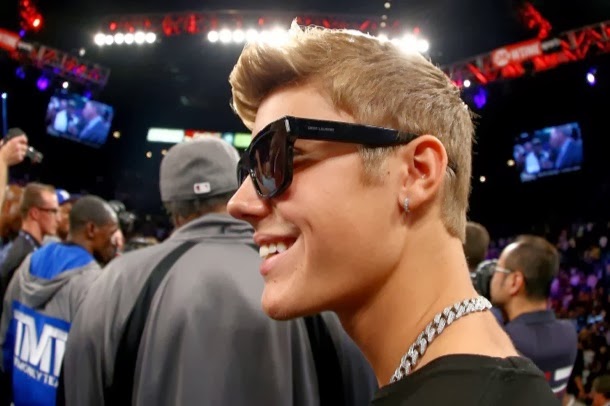 Believe it or not, but pop star Justin Bieber is financially backing an unheard of social app called “Shots of Me,” which is expected to launch later this week and will target the singer’s teenage fan base.
Shots of Me, developed by San Francisco startup RockLive, has secured $1.1 million in seed money, with Bieber leading the way. Other investors include venture capitalist Shervin Pishevar, boxer Floyd Mayweather, and angel investor Tom McInerney, according to Fortune, which was first to report on the Biebs’ million-dollar social bet.
Shots of Me is said to be a “social platform for teenagers,” though what that entails is still a mystery. The name obviously implies photos, particularly those of the selfie variety, but brother co-founders John and Sam Shahdi have stayed pretty mum on the new venture.
“When we told [Bieber] that we were looking to create a social network for teens that really addresses what they aren’t getting on other networks, and which tries to deal with things like cyber-bullying, his eyes just lit up,” RockLive CEO John Shahidi told Fortune.
With an audience of more than 46.5 million people on Twitter, Bieber is one of the most-followed celebrities on the soon-to-go-public social network. The teen heartthrob’s “Belieber” fan base is so obsessive when it comes to tweeting about their icon that they forced Twitter to change the algorithm behind its Trending Topics back in 2010. But whether his loyal followers will follow him to Shots of Me remains unknown. The singer previously embraced video-sharing app Viddy, which has struggled to live up to its hype and just recently rebranded as Supernova.
This also isn’t Bieber’s first go-around as an angel investor. The pop superstar put some of his money into Stamped, a mobile recommendation app that eventually sold to Yahoo for less than $6 million. It just goes to show that celebrity investments and endorsements don’t always a hit make.
Loading...
President Uhuru’s Selfie PHOTOBOMBED By Foreign Secretary Amina Mohammed < Previous
PHOTO – Shameless Man Caught Urinating on The Highway During a Traffic Jam Next >
Recommended stories you may like: