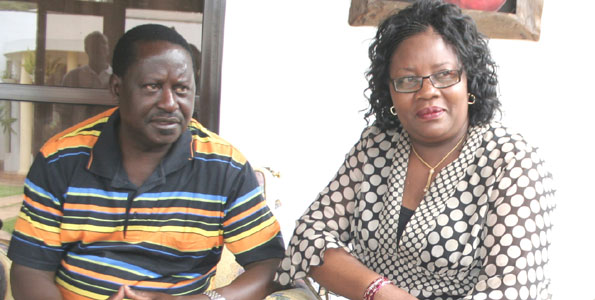 Former Prime Minister Raila Odinga and his wife Ida were yesterday celebrating their 40th wedding anniversary.
Raila took to Facebook and Twitter to thank his wife for the support she has provided over the years. He also payed homage to all the women for the key role they play in nation building.

Ida was meanwhile thanking everyone for all the anniversary messages.

Indeed from here, we wish Raila and Ida Odinga a happy 40th anniversary.