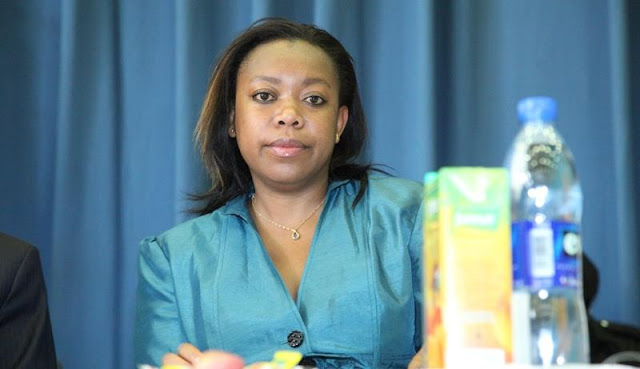 If you’re on Twitter, you must have come across the trend #Khamatisex yesterday. It started with a CORD allied lawyer Douglas J. Mango, on the Twitter handle @DouglasMango.

In a series of unsupported tweets, the lawyer claimed that diplomat Yvonne Khamati slept with several prominent individuals, among them IEBC CEO James Oswago and Musikari Kombo.

1st things 1st. @yvonnekhamati did you know Musikari Kombo was HIV when you were screwing him? did u know? #khamatisex
— Douglas J. Mango (@DouglasMango) August 18, 2013

Balozi @yvonnekhamati, when u were appointed youth leader FORD-Kenya, how many guys did u fuck-kombo aside- to get “elected” #khamatisex
— Douglas J. Mango (@DouglasMango) August 18, 2013

Balozi @yvonnekhamati which @railaodinga aide did u FUCK? you are a double-agent? jibu swali coz NINATOBOA! #khamatisex
— Douglas J. Mango (@DouglasMango) August 18, 2013

for the avoidance of doubt, i have never fucked @yvonnekhamati despite her advances. but i know 6 who have.nitoboe? #khamatisex
— Douglas J. Mango (@DouglasMango) August 18, 2013

Diplomat Yvonne Khamati had had enough, especially after the trend #Khamatisex was picked up by many other Twitter users.
She recorded a statement with the CID, to stop the madness.

Diplomat @YvonneKhamati has met the Cyber Crime team at the CID HQs to complain of “Social Media harrasment by @DouglasMango & others”
— Robert Alai (@RobertAlai) August 18, 2013

Not even the threat of arrest would stop Douglas from making more defamatory allegations.

All in all, most ignored people Douglas’ rants as others came to the defense of the diplomat. Robert Alai, who worked with her on Congestina’s case, led the efforts.

I worked with @YvonneKhamati on Conje’s issue. She sacrificed her all for a sister. Mama @IdaOdinga can confirm that.
— Robert Alai (@RobertAlai) August 18, 2013

@DouglasMango don’t attack the person of @YvonneKhamati. You don’t know this lady. You won’t attack her if you did.
— Robert Alai (@RobertAlai) August 18, 2013

@DouglasMango Let me tell you that @YvonneKhamati has fought major battles. She might be quiet but she will have the last laugh
— Robert Alai (@RobertAlai) August 18, 2013

It will be interesting to see how this develops, and whether it will set any judicial precedent.

Karen Nyamu Hits Back At Trolls Over Samidoh Love Affair
Loading...
The Latest