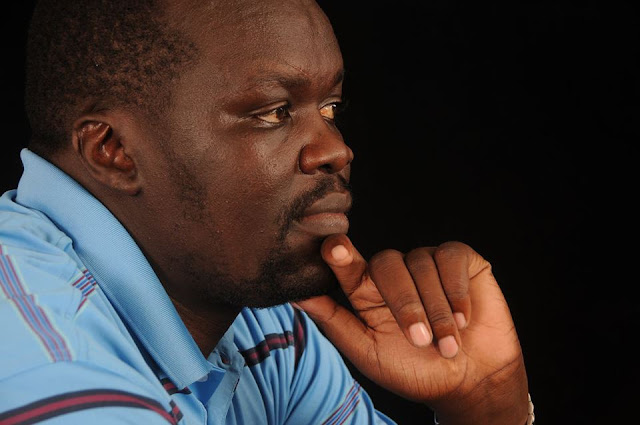 Yesterday, in reaction to news that MC Big Ted had been appointed as the Deputy Director, State Branding and Events, Robert Alai penned some sort of ‘protest letter’ on his Facebook page.
The controversial blogger wondered how Big Ted can be junior to Dennis Itumbi, who was recently appointed Director Digital, New Media and Diaspora.

Itumbi is Director but Super MC and events GURU, Thomas “Big Ted” Kwaka is a Deputy Director. Itumbi is Big Ted’s boss. This government doesn’t value anyone who is not related to President Uhuru Kenyatta. You can sue me and jail me but it simply doesn’t make sense that BIG TED is junior to Itumbi.

And of course Kenyans reacted. These were some of the most liked comments:

Ramos Baary: Alai…being boss is not about body size… just incase u use your eyes to think!

Dennis Chorin Tyrope: yesterday I met a some gal pal of mine. alikuwa analia ati.some dude USED and DUMPED her…..I was like ”Swty, don’t cry. every time you feel like crying just remember Robert Alai. he finds himself in a similar position if not worse. afadhali wewe yeye alitumiwa na masonko yet sahii hata cash bail ya 100k ni taabu kuraise. Just open a facebook account n keep hating on other successful girls with whom you started dating around the same time”

Martin Mwangi: Big Ted is not complaining is he?

John Otieno: Here you are wrong,Itumbi is no way related to Uhuru,Itumbi is from Meru and from a very humble back ground.

Lastow Edu: What has cord offered u as an aPPRECIATION 4 UA GOSSIPS.

Judie Wa John: wts ur problem Alai??????grw up n be objectv…hws Itumbi related to the president?

Mucioki Wa Gatongu: Hahahahaaa….Alai thinks that the bigger your potbelly the more senior u shld be! I now get why he supports jakom and not Uhuru!

Blessed Lu C Sonnie: Poor Alai!Did BigTed ask u to complain on his behalf?And whats wrong with one Ole Itumbi being boss as u put it??Move on before bitterness poisons you to your death

Loading...
Moipei Triplets No Longer Teenagers as They Turn 20 Today < Previous
12 Signs That You Are Falling In Love Next >
Recommended stories you may like: