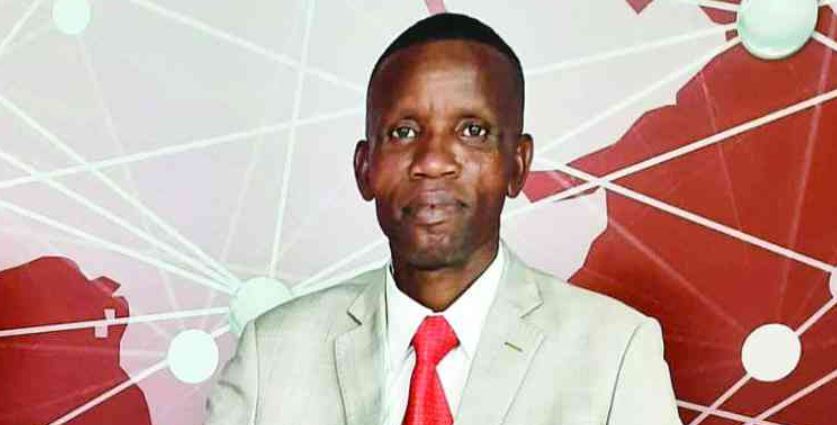 Wilberforce Achoka is a pastor who has been picking up the pieces after he sunk into depression and alcoholism following a failed marriage.

Achoka invested heavily in his wife’s education hoping it would change their lives for the better only for the wife to dump him after she got a job in Dubai.

He narrates how he almost took his own life and escaped death before he started his recovery.

How did you and your girlfriend meet?

We met when I was married with kids, by then I was working as a factory supervisor. We met at a friend’s function which she also attended. At the time she was a Form Two dropout after falling pregnant in school. She opened up to me and since it was love at first sight, I accepted her. We dated secretly for some time before I  decided to make it official to her parents and my family.

What did you do?

I introduced her to my wife although it wasn’t easy. I also went ahead and introduced myself to her family and they allowed me to marry her.

Since she was a dropout and she really wanted to go back to school, I enrolled her back in school and educated her up to the college level. After Form Four I enrolled her at Utalii college where she pursued hotel management. She started with a certificate and then upgraded to a diploma.

After college, a friend who worked at the airport hinted to me that there was a vacancy in Dubai and the interview was to be conducted in a week’s time. Since he was a senior there, I did what I could to ensure my girlfriend got the chance. So I took a loan to bribe the recruiter. I also borrowed soft loans from friends to ensure she acquired the slot. I used the money to process her VISA.

Did she get the job?

Of course, she got it. I used more than Sh800,000 to ensure that the entire process succeeded without fail. But I was okay with this because her starting salary was more than Sh150,000 and I was assured of recovering the money in the first few months.

Was she supportive during this process?

Yes, actually she’s the one who encouraged me to take more loans with an assurance of repaying it with her first three months’ salary.

So when did things change?

Everything changed immediately after she set foot on the flight. Although we talked the first three weeks after she left, immediately after she received her first payment things went haywire. I remember I texted her to inquire about the mode of paying back the loans and when she responded I just knew she was a problem.

What did she say?

She told me to pay the loans with what I used to pay her rent. When I told her that I was being deducted everything due to the emergency loan that I took,  she just told me never to call her again over money issues. She said her money was not for feeding other families and then she blocked me. I tried getting her through her parents but unfortunately, her parents also gave me a cold shoulder.

What was your next move?

I had no option but to sell my assets. By this time the debts had accrued to over a million. I sold my car but it was not enough, so I ended up selling my four storage plots. That’s when my life dropped from grace to grass. I attempted suicide twice because of stress. Alcohol became my friend and I drank to the point I got sacked.  I survived death many times while drunk – there was a time a fell in a pit latrine 20 feet down, but luckily I was rescued.

How did you turn your life around?

Due to heavy drinking, I developed health complications that almost sent me to the grave. It became serious to the point I had to undergo surgery. After my recovery and escaping death, I changed my life and became a pastor.

Why We Started Luxury Housing Project in a Wildlife Conservancy – Superior Homes CEO < Previous
Funny Tweets by Kenyans on Twitter for the Back To Work Blues Next >
Recommended stories you may like: