My Story: I Grew Up in Extreme Poverty, Disease. Now I’m Champion For Girls in Need 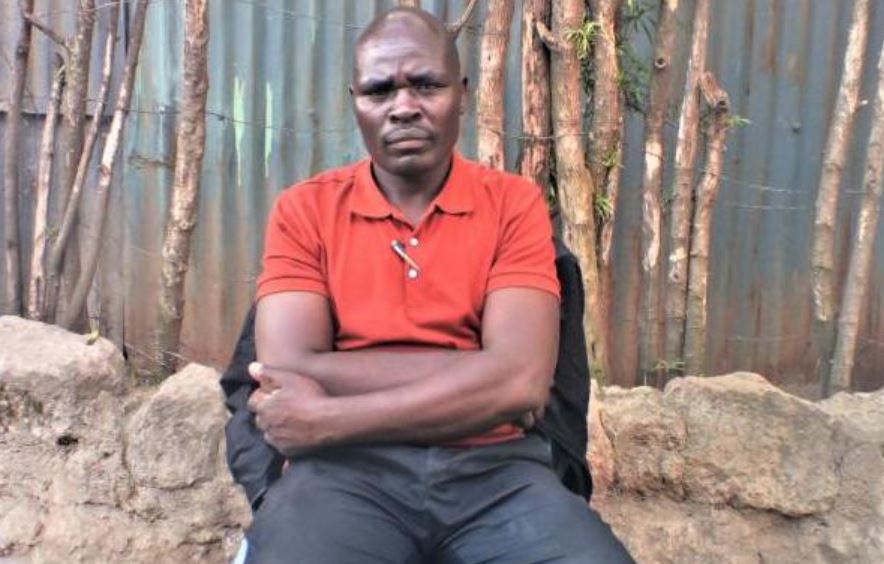 Paul Nyabuto grew up in extreme poverty; his childhood was marred with jiggers, diseases, malnutrition and illiteracy. He shares how he beat the odds and changed his family’s status and is now an advocate for destitute girls.

Tell us about your upbringing.

I was born in 1985 at a place called Nyangusu, Kisii County. The poverty at our home was so extreme to the extent that we could not even afford a bar soap and other basic necessities. This implies that even hygiene was at its worst.

What effect did this poverty have on you at a personal level?

My family encountered many types of diseases which are caused by poor hygiene. Personally, I was badly infested by jiggers until most of my fingers were almost disfigured. The extreme poverty contributed to my lateness in starting school. I was born in 1985 but joined school in 1998.

My grandfather had 12 children and none of those children went beyond Class 7. It was unimaginable for me to go beyond primary school level. Nobody could motivate me on the need to pursue education since they could not envision me or anyone in the family going beyond primary school. Even schooling at primary level was a nightmare because of lack of basics such as uniform, books, pens or any money that was required. As such, my life in primary school was always on an off.

Tell us about the sickness that you lived with for a long time.

When I was in Class Two, I got infected with an illness that I later learnt was a result of poor hygiene. I developed scars which later became wounds that used to ooze pus.

This forced me to discontinue my education since I couldn’t go to school with bad odour.  It was so serious that everybody including my parents had given up on me and were just waiting for the day I would die. They tried every means including hospital medication, traditional medicine but nothing seemed to work.

Luckily a neighbour came along to help my condition. She had medicine that someone in her family who had a similar condition had used and got healed. I used the medicine and started getting well.

One year later, I resumed my education. I joined secondary school when I was already an adult, at 24 years old! In fact, I was nicknamed mzee wa kazi because of my age.

How did you manage to go through secondary school?

I was passionate about education. When I completed Class 8, I sold the chicken I was rearing (they were 45)and took myself to school. At that time, a hen was about Sh200 and I used the cash to buy uniforms, books, etc. However, I dropped out in Form 1 because of a lack of money.

Luckily, a distant relative, a cousin to my mother offered to take me back to school. He took me to Nakuru and enrolled me in a secondary school, where I completed my Form Four.

After Form Four, what did you do?

After secondary, I saw it fit to continue with life rather than pursue further studies due to my age. I enrolled for a driving course and I also did a computer course and got a certificate.

Later, I met with someone who taught me about CCTV installations. I acquired the necessary skills which I am still using to date to make a living. The business has enabled me to uplift the living standards of my parents and siblings. In fact, some of my siblings are pursuing education to secondary level courtesy of me.

Tell us about your charity programme.

Having grown up in abject poverty, I understand the plight of the vulnerable. My experience of girls who suffer humiliation because of their monthly period drove me to start an initiative to buy sanitary pads from my own savings.

I started this program two years ago and did this for several months before my friends joined me. I initially used to visit homesteads, schools, and children’s homes where I identify those in need and provide them with pads and other basic items like soaps, clothes, playing items, and sometimes food items.

My initial focus was on children from Mowlem, its environment and later other slum areas within Nairobi. My efforts were recognized by a foreigner who started chipping in and I gathered a team to support this work.  I was now able to support children in different parts of Kenya including boys.

HUSTLE: How We Successfully Pivoted Our Businesses < Previous
NTV’s Susan Grace: When Suicide Failed, I Started Cutting Myself…It Felt Relaxing Next >
Recommended stories you may like: