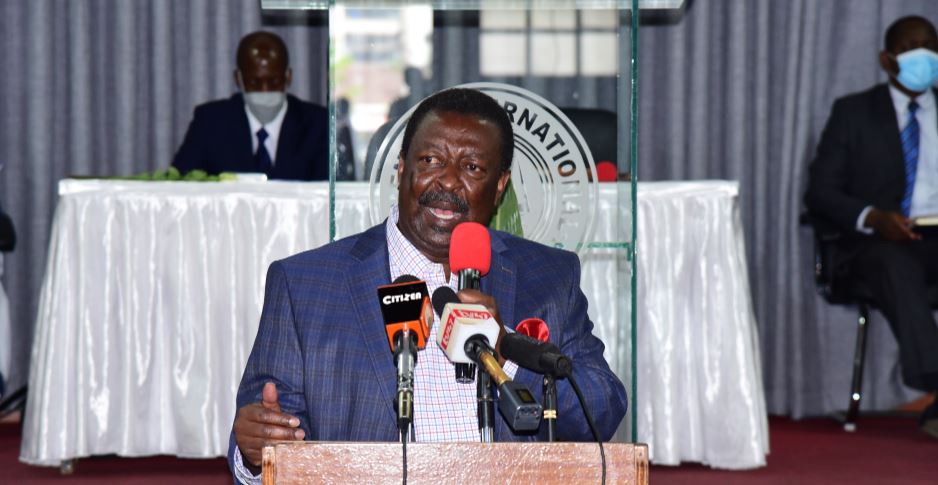 Prime Cabinet Secretary Musalia Mudavadi took Kenyans by surprise Thursday after taking his Oath of Office without a Bible in his hand.

The chief CS instead lifted his right hand during the televised swearing-in ceremony of various ministers at State House, Nairobi.

With Musalia largely believed to be a Christian, many Kenyans were left wondering why he did not swear by the holy book.

Well, the outgoing ANC Part leader is a Quaker, a denomination with roots in Christianity but whose doctrines do not allow believers to use a religious book during oath.

In fact, Quakers believe that each individual can experience God without needing a priest or the Bible and that religion should be something a person lived and acted out every day.

They see Quakerism as a way of life without the need for churches, rituals, holy days, or sacraments in order to practice religion.

Kenya’s Friends’ Church Presiding Clerk Henry Mukhwana said their faith only recognizes an individual’s personal efforts to commit to the pledge made during oath, and not necessarily using a religious book to show that commitment. 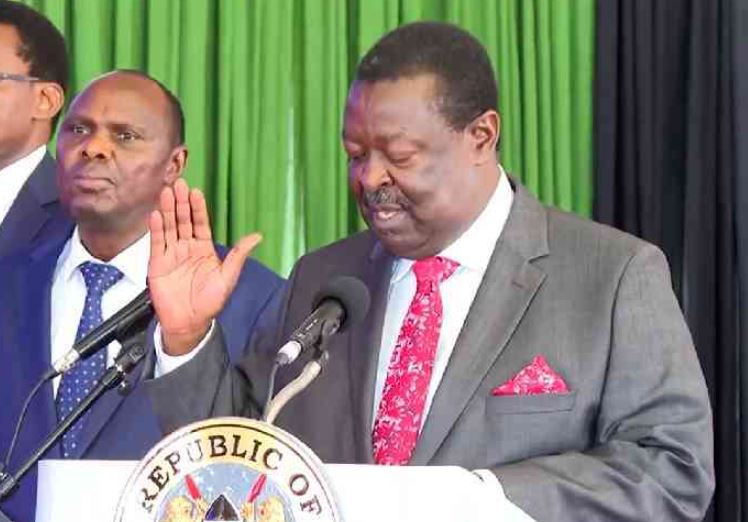 Musalia Mudavadi has in the past professed his Quaker faith.

In a tweet last year, the former Deputy President wrote: “Simplicity, Peace, Integrity, Togetherness & Equality are strong Quaker values that I believe can hold us together individually & collectively as a Nation. There is no better root than to stand for the Truth.”

He posted the tweet after attending a service at the Friends International Church, Ngong Road.

Musalia also spoke about Quakerism at a fundraising event in 2016.

Sifuna Seeks To Scrap Parking Fees in Malls, Hospitals, Airports < Previous
Meet DJ King Nelly: Lack of School Fees Pushed Me Into Deejaying Next >
Recommended stories you may like: