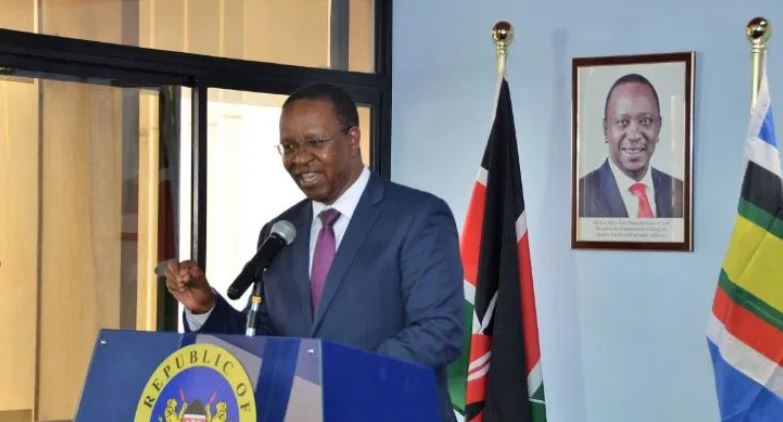 Speaking during a debrief session with a Parliamentary committee on Wednesday, the PS said set up for the Huduma card production center is 90 per cent complete and the process will start before the end of the year.

Dr Kibicho noted that the program was riddled with a number of legal cases in court since the database had been infiltrated.

“The reason we were having forgeries is because it was easy for anybody to forge without security features,” he said.

“We are working tirelessly…there’s no single day wasted…we should not underestimate the labour…soon we shall embark on production.”

The PS also said the government will conduct a second round of mass registration exercise to capture details of those who missed out on the first exercise.

“Huduma Namba card is free of charge, if you lose it and want to replace you will be charged Sh.100. We are going to give another opportunity for those who have not been captured,” he said.

Adding: “After we have done preliminary printing, we have been directed to conduct the second mass registration. After that people will have to be walking to Registrar of Persons’ office in future,” he said.

The PS, who was accompanied by his ICT counterpart Jerome Ochieng said the program is currently under an adjudication process which is aimed at ensuring captured fingerprints match the ones in the primary database.

He also disclosed that at the close of the first mass registration exercise in 2019, data of 37 million Kenyans was captured.

“37 million Kenyans registered for Huduma Namba in 2019. The process is 90% complete, Kenyans will be able to throw away all other cards once Huduma cards are produced. Children will now be born straight into Huduma Namba system.”

Robbery Suspect Slits Own Throat to Avoid Arrest in Kapseret < Previous
The Top Stories on the Internet Today (Friday September 18) Next >
Recommended stories you may like: