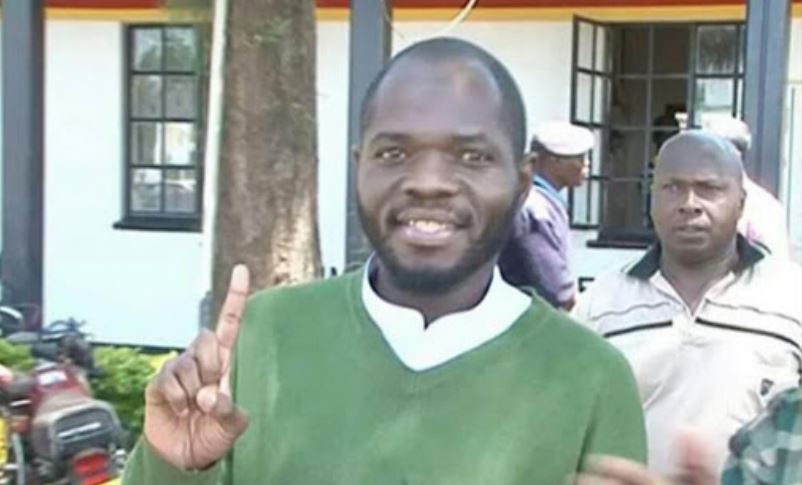 Juma, who contracted Coronavirus while in detention, wrote the letter before Kenya filed a second protest to Ethiopian authorities demanding his urgent release.

“Kindly pass my greetings and love to my children, my grandson and all those supporting me through the #freeYassinJuma online campaign. I can’t thank them enough. Remember me in your prayers as I fight coronavirus and injustice.

It is my 47th day in detention at Aradar detention cell. It is also my 7th day since I was diagnosed with Covid-19. I am currently being held at block (W) with 68 other Covid-19 positive inmates with no access to medication in overcrowded cells, no running water and no diet to assist us with our condition.

My health is failing with each passing day, and I am not sure if I will make it. It is 50-50 with coronavirus but the conditions in detention make my survival chances less.

The Kenyan government, the Ministry of Foreign Affairs, has failed to secure my freedom even after two courts (Lower and High Court) released me last Monday.

I was literally kidnapped by six armed men in civilian clothes, a minute after I was released on bail at Arada Police Station. I was beaten and forced into a minibus together with three others who had been freed too. We were taken around Addis and later dropped at Arada Police and informed we had been re-arrested, this time not by the Federal Police, but by Addis Ababa Police.

It is a game they play to have us incarcerated for long after the law courts freed us. The investigators’ trick is to keep on asking the judge to be given more time. But holding me for 47 days without charging me is against my human rights. Denying me a chance to communicate with my family in the last 47 days is also against my human rights.

My family depends on me. I do not know how they can manage to feed or pay rent. I have seven children and one grandson living with my ex-wife. They all depend on me.

All I am asking the Ethiopian government is to either charge me or set me free. They have failed to bring evidence in court to charge me.

I came to Addis Ababa on June 6, 2020 for a series of shoots as a Producer for Sky News, the UK-based media organisation. The series was a special report on Ethiopia, but mainly cultural. My company, the Horn24 Media, was later assigned by the Oromo Development Association and Oromos in North America Association to produce a documentary for government-affiliated TV station OBN.

I am a director and editor at Horn24 Media, a regional news agency offering news services to international media especially on conflict areas of the Horn of Africa.

We have bureaus in Nairobi, Mogadishu, Djibouti, Khartoum and Juba. We do documentary production, training for journalists and media consultancy. I also, sometimes, work as a freelance journalist for Al Jazeera and Sky News.

The documentary was about a project funded by Ethiopians in the diaspora that introduces e-learning to at least ten secondary schools in the Oromo Region. Prime Minister Abiy Ahmed received our delegation before and after completion of establishment of servers in the ten schools as a pilot project. I was still in the process of interviewing, travelling and editing at the time of my arrest.

It is such opportunities, brought about by the perceived changes in Ethiopia two years ago (when PM Abiy took over) that attracted us to this country, in the spirit of regional cooperation and integration.

I am just a journalist doing his work and I have never been involved in the country’s politics. For 16 years, my specialty has been in covering the region: Somalia, Ethiopia, Sudan, South Sudan, Djibouti and the rest of the Horn of Africa.

I am a respected journalist, and in my decade and a half in this profession, I have won awards for my exemplary work, including (features) ‘Inside Rebel Territory’ (for NTV in 2009) and ‘Dreams and Nightmares (NTV in 2011, on human trafficking), both shot in Ethiopia.

In the last 47 days, a consular official (from the Kenyan Embassy in Addis Ababa) has managed to visit me twice but any efforts to have me released have seemingly stalled.

Kindly pass my greetings to my children and grandson. It has been 47 days.”

17 Church Members Arrested For Allegedly Practising Witchcraft Outside School Gate < Previous
Govt To Construct 10,000 Housing Units on Repossessed Land in Nairobi Next >
Recommended stories you may like: