My Battle and Recovery From Alcohol and Drug Addiction 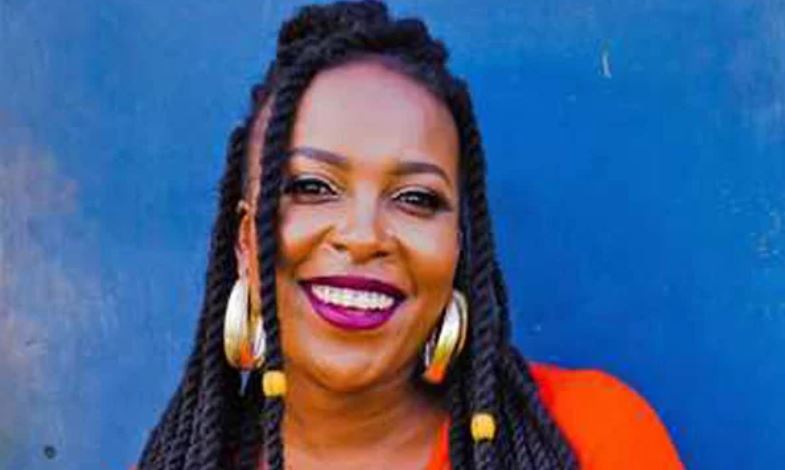 Dora Obwaka, 25, shared her story on alcohol and substance addiction, the difficult recovery journey and her hopeful future:

Ms Obwaka has gone through six years of addiction and after more than a year of sobriety, she is on a mission to educate young people and effect change in the society.

“My three sisters and I were raised in Nairobi. My mum is a church reverend, and my dad was an alcoholic at the time. That meant we had interesting value systems.

We were chaotic — we did whatever we wanted on weekdays. But Sundays meant being organised and presentable because of our mother.

My first encounter with drugs was when I was 17 in my last year of high school. I was at a phase where I was finding myself. I started experimenting with alcohol, which wasn’t something out of the ordinary or peculiar within my age group. I slowly started smoking cigarettes and marijuana, and the combination of all became a newfound high.

I got into a relationship with an older guy, who was able to provide the drugs. This new relationship set the stage for me to be able to access these drugs more frequently, and without any hindrance. Something that was a weekly habit became a daily one.

Eventually, my tolerance got higher, meaning that I needed more to get a satisfied high. And with that, I never got the concept of actions and consequences. I simply felt young and expressive. I never once thought I was getting into a deep hole.

My family had noticed my changed behaviour whenever I went home over the holidays. But I always used my dad’s alcoholism as a justification so no one could talk me down on anything.

Turning 18 was an even worse progression because I could now smoke and drink in the open. I was now an adult — no one could stop me from even smoking bhang at weddings, family gatherings, and even at funerals. By this time, I had joined the McNally Smith College of Music in Minnesota, US. I could barely attend classes because of my addiction so I had to come back home.

This was the first big storm. I went to a rehabilitation centre for marijuana and alcohol use. It all came as an intervention and ambush from my family. The three-month stint wasn’t enough to curb my problem and I was soon in the same predicament again. I joined Daystar University to study Communications.

The freedom from my parents meant a relapse almost immediately. I had a new circle of friends who had the same tendencies as I did, and I was back to feeling “young and alive” again.

We were getting high one day when a friend told me they had something that they could put in marijuana to make the high 10 times stronger. I never once saw the substance since the marijuana was offered to me already laced. My friend was wrong. The high was 100 times more. And instantaneous.

I eventually learnt its code name — “snuggy” due to its sleep and drowsiness effects. The name sounded so innocent to me that I didn’t bother finding out its real name after that. I also experienced some nausea, something that should have been a red flag, but the high overshadowed it. For the next three weeks, I became hooked to snuggy — which my friend always got as the middleman between me and the dealer. I didn’t ask questions as long as I had it.

We broke for the long holidays, and my family and I took a trip to Maasai Mara. I had been through withdrawal symptoms when I first went to rehab — hallucinations, lack of appetite and lack of sleep. But these were alcohol and marijuana withdrawals. Now it was hell on earth. I was hot and cold at the same time.

I was throwing up and had a running stomach altogether. I definitely knew it was withdrawal from the snuggy, but one quick search on “Doctor Google” confirmed that these were heroine withdrawals. I was astounded. I had always watched movies and shows where people only administered heroine through injections. Never in a million years did I imagine it could be smoked.

But that month of smoking snuggy was enough to get me hooked. It doesn’t take a lot of exposure and experimentation. That, plus my attitude, led me down a bad road.

I came back from the trip with a mission to find out all I could about the drug since I did not want a middleman anymore. I wanted to take control.

I got access to dens, the prices and even gained knowledge on how to lace the heroine with marijuana — and all the intricacies involved with it.

A sachet of snuggy used to go for Sh150. I was consuming seven at the peak of my addiction. I learnt how to manipulate my parents to send me money. I always had a lie to tell. It got to a point of me selling electronics from our home.

The thing with heroine is that the effects don’t take as long to show on your physical body. The questions started coming, and my family eventually found out. I checked into rehab for the second time at 22 years of age.

My dad has never been vocal about our lifestyles. It’s like he would feel ashamed and guilty because of his addictions, and this made him hide under my mum’s shadow. My mum, on the other hand, is such a sweetheart. So much that that’s why I was able to get away with being in trouble for such a long time. I would find the right words to talk to her and she would just bend under the emotion. But heroine? She was hurt, disappointed and worried to the point of getting high blood pressure because of the strain I put on her.

But she never gave up hope. I had destroyed relations with my dad, sisters and all my friends, but my mum really remained a voice of encouragement.

I relapsed two more times until I hit rock bottom in November 2018. I joined Teen Challenge, a rehab centre, weighing a mere 45 kilogrammes. But this time, I had nothing to look forward to in my life, so I was determined to complete the one-year faith-based programme, which I did with so much difficulty.

I’m happy, and at peace, and glad for the chance to restore my relationships. I’m also building my brand — ‘Jesus Girl’ — to empower youth and give motivation about doing life and doing it right. I also would like to be a voice of hope and encouragement to people who are broken. And that can be across every walk of life, not just people who have been in addiction.”

MY STORY: I Battled Stomach Cancer, Then My Son Committed Suicide < Previous
Hilarious Posts by Kenyans on Social Media to take away those Monday Blues Next >
Recommended stories you may like: