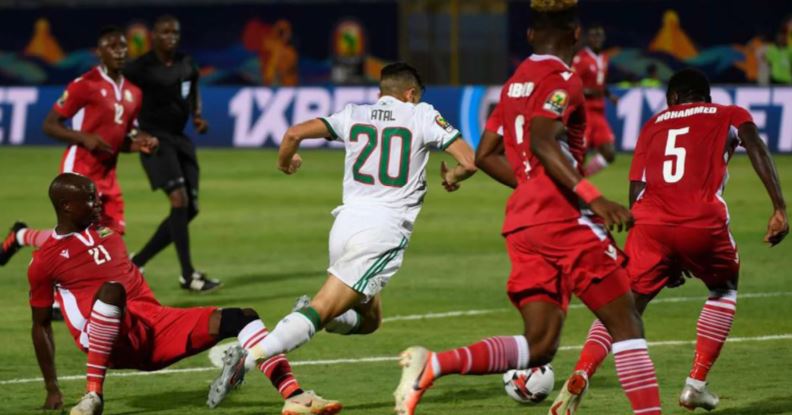 Kenya’s Harambee Stars on Sunday night suffered a 2-0 loss in their opening Africa Cup of Nations match against Algeria.

The Stars put in a rather below-par performance as they failed to register a single shot on target. So what exactly went wrong for Kenya at the June 30 Stadium in Cairo?

Mulee likened Kenya’s display in Egypt to that of the 2004 team, which returned to the continental tournament after 12 years.

“I was not pleased with the way the team lost possession with ease and their tact of seating deep in their area. Stage fright and inexperience were rife just like 2004 where we returned to the tournament after 12 years in the cold and we respected them,” said Mulee.

“We came up against the second best team in the continent and playing away from home also proved tricky but I am happy with the quality of substitutions made. I think we will win against Tanzania if we build from the second half performance.”

Ghost also believes that Algeria were awarded a soft penalty that would have been ruled out by Video Assistant Referee(VAR).

“I am disappointed with the decision by Caf to introduce VAR in the knockout stages as the Algerian penalty could not have stood. From the replays, which I have watched, there was no contact at all and it was a soft penalty according to me,” added Mulee.

The former Tusker coach also singled out debutant Joseph Okumu, 22, for an outstanding display at the heart of the Harambee Stars defence.

“I would give him 7/10 for the defensive work. He was very tactical and hardly lost possession. I think his display will make it hard for the coach to ignore him,” said Mulee.

“The defence was hit hard by injuries in before the tournament and I don’t think we missed Brian Mandela and Onyango.”

Reprieve for Wema Sepetu after Spending 7 Days Behind Bars over Sex Tape < Previous
Proud Mum Wahu Gushes Over Daughter Tumiso’s Love for Conservation Next >
Recommended stories you may like: