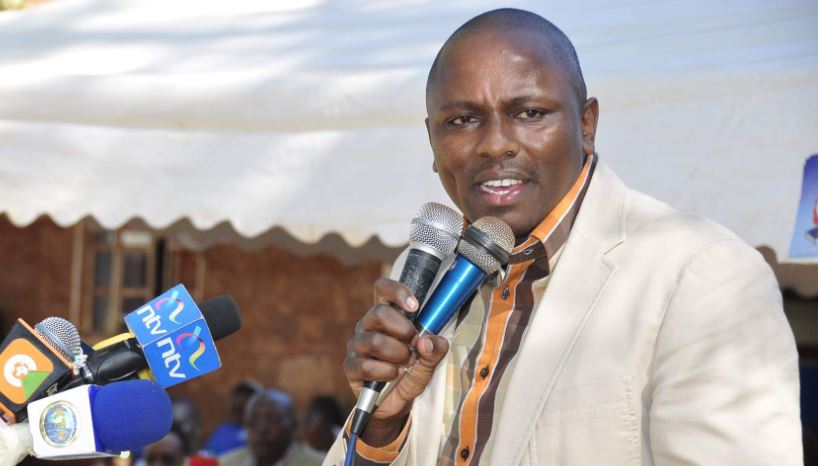 Kikuyu MP Kimani Ichung’wa is an accountant by profession. He worked at Madison Insurance as a senior accountant, at the Standard Group as the financial controller and at Safex Africa as the Director for Finance and Administration before joining politics in 2013.

In the August 8, 2017, general polls, Kimani Ichung’wa was the only legislator elected unopposed in the country.

But away from politics, little is known about Kimani. In a quickfire, he revealed the 10 things most people probably didn’t know.

*laughs* Hmmm … let’s just say I was an adventurous boy. I would ‘steal’ dad’s car and drive it from the house to the gate when I was about 13 years old. I did this so many times that by the time I was in Standard Eight, I was a good driver. I actually taught myself how to drive. I also remember experimenting with a cigarette lighter with other children and we ended up burning about seven acres of dry grass in a field.

Fortunately, it was a very disciplined society. I must say that environment shaped me to become the man I am today.

I will always speak my mind regardless of who you are. Take it or leave it!

*laughs* I would want a song that is ‘rhythmless’ … you know like that song, where suddenly you ‘fall’? I dance worse than a ‘mzungu’.

My primary schoolteacher made me hate music as I could not differentiate the first doh and the last doh, and she always punished me for it.

Climbing both Mt Kenya and Kilimanjaro before I hit 50.

Other than hanging out with my girls and gyming at least thrice a week, I enjoy hosting friends at home, where I get to serve them with juicy ‘mbuzi choma’ ribs, which are my favourite, with good rice. I love me some good food, clothes and a good bed … the finer things in life. I also enjoy farming and spending time taking care of my pigs and chicken.

Being a father. Nothing beats the feeling of raising my three daughters, 12, 10 and two, and watching them growing up.

I feel I have achieved when I see a life I have changed or empowered through education as I believe education is the only way to change the world.

When my elder brother passed on in 2002, I took up the responsibility of educating his son.

I later started educating other children in the neighbourhood. Prior to taking up these responsibilities, I would spend a sizeable chunk of my income on fine wines, expensive whiskeys, and I loved my steak.

I decided to give this up to help a child who had been kicked out of school.

CRAZY: Funny Pics/Memes Going Viral on Kenyan Social Media < Previous
How My Mother Forced me into an Arranged Marriage, Nollywood Actress Patience Ozokwor Next >
Recommended stories you may like: