“We Shall Follow The Hustler Who Sold Chicken,” Waititu Backs DP Ruto in Kakamega 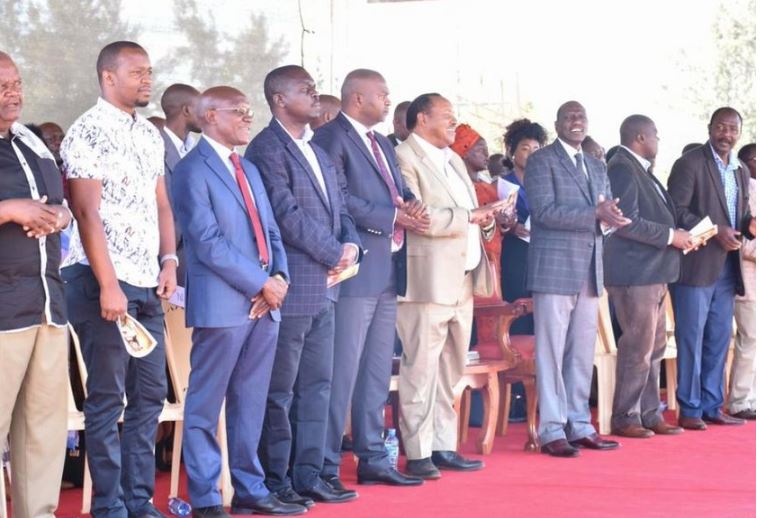 Governor Ferdinand Waititu has maintained that Central Kenya voters will back Deputy President William Ruto to succeed President Uhuru in 2022.

Speaking in Kakamega on Sunday, the Kiambu governor said that no one should lie to Kenyans that the DP will not receive support from the region. He noted that the MoU to back DP Ruto in 2022 was still as intact as it was in 2013.

“As the people of Mount Kenya region, we follow development. And we know and we have seen the kind of work our DP has done in terms of development, all other things are just noise, empty stories, and vague politics,” Waititu said.

“I encourage you [residents of Kakamega] to join us and let us go to the government together with DP Ruto as our leader unless you want to remain in opposition.”

Waititu was speaking during a funds drive at the Christ the King Catholic church which the DP presided over. Ruto donated Sh2 million and delivered President Uhuru Kenyatta’s donation of Sh1 million.

The Kiambu County boss also took a swipe at DP Ruto’s critics saying that anybody regardless of their background is eligible to lead the country.

“We shall follow the son of the poor, who has been a hustler, who has sold chicken and rose to the level he is now and that is none other than William Samoei Ruto,” Waititu said.

Baba Yao further stated that former Premier Raila Odinga cannot decide who the next leader of the country will be.

“We are following Ruto because of his work and also because he can be trusted and as we people from Mount Kenya promised him that we shall vote for him in 2022 we shall surely honour our promise,” the governor said.

Nominated MCAs in Nairobi To Get PAs, New Offices, Improved Perks < Previous
Hilarious Meme Compilation (Tuesday February 19) Next >
Recommended stories you may like: