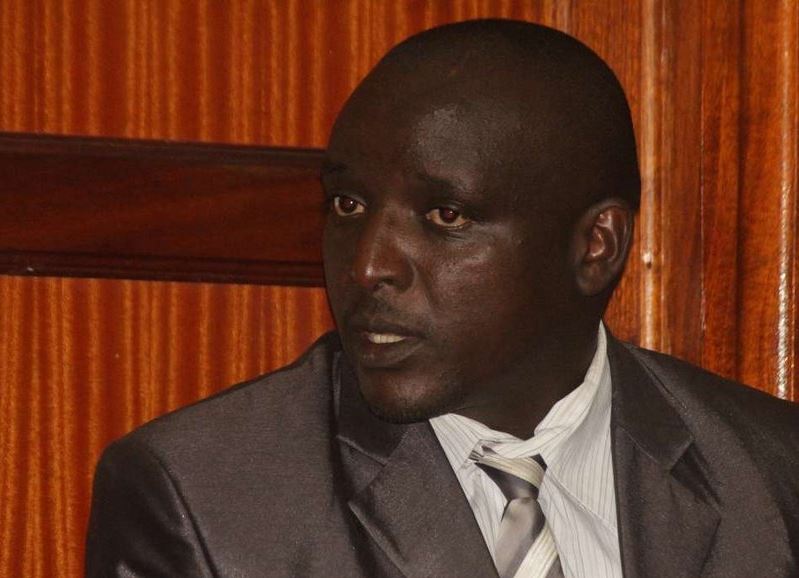 Former Ruaraka OCS Nahashon Mutua has been sentenced to death for the murder of an inmate – Martin Koome – six years ago.

Judge Stella Mutuku handed down the sentence on Thursday, a month after the High Court found Mutua guilty of killing Mr Koome.

Stating that the prosecution had proved its case beyond reasonable doubt, the judge said Martin Koome received inhumane treatment and there is no doubt that Mutua caused his death.

She said there is little anyone can say or do to cushion the bereaved family against the pain caused by the death of their family member and breadwinner.

“Only acceptance and time will heal their pain. It is an irrefutable fact that the death of Koome has deprived his family a breadwinner, a husband, and a father. This fact has changed their lives forever,” said Judge Mutuku in her ruling.

Mutua has 14 days to appeal the ruling.

The deceased Mr Koome had been arrested after a domestic brawl with his wife at his home in Baba Dogo, Nairobi on the night of October 19, 2013. He is said to have attempted to strangle their child, further chasing his wife away before neighbours alerted Ruaraka Police station officers.

Koome was then booked for attempted murder before he met his gruesome death at the hands of the former Ruaraka Police Station boss Nahashon Mutua.

The deceased’s wife, who went to the station the next day to check on him, was informed that Koome fell ill and was taken to Kenyatta National Hospital.

At KNH, Koome’s wife found her husband, who could not talk, hear or move, dumped on a bench unattended.

His head was swollen, blood oozed from the ears, and his clothes were covered in blood. He died a few hours later while being attended to by doctors.

Evidence showed that Mr Koome was assaulted using a metal pipe and his head immersed in a drum of water.

KNH doctors said he had deep wounds on the head, cuts on the lower lip, eight fractured ribs, brain haemorrhage and excessive bleeding from the neck that caused his death.

Nahashon Mutua attempted to cover up the assault by framing one Kevin Odhiambo, another inmate at the station.

Odhiambo, who had initially been charged with murder, sought the help of the Independent Policing Oversight Authority and confessed everything that happened.

The case was then terminated by the Director of Public Prosecutions and Mutua was charged with murdering Mr Koome. Mr Odhiambo became a witness against the OCS.

Mutua’s scheme to cover up included faking a report, setting other suspects held at the station free and paying medical fees for one of them to testify against Odhiambo.

The case is the first high profile conviction of an officer accused of extrajudicial killing.

“Women Are Difficult to Deal With,” Willy Paul Says < Previous
70-Year-Old German Accused of Inserting Plastic Spoon, Fingers in 8-Year-Old Next >
Recommended stories you may like: