One on One With ‘Machachari’ Star ‘Baha’ – Tyler Kamau Mbaya 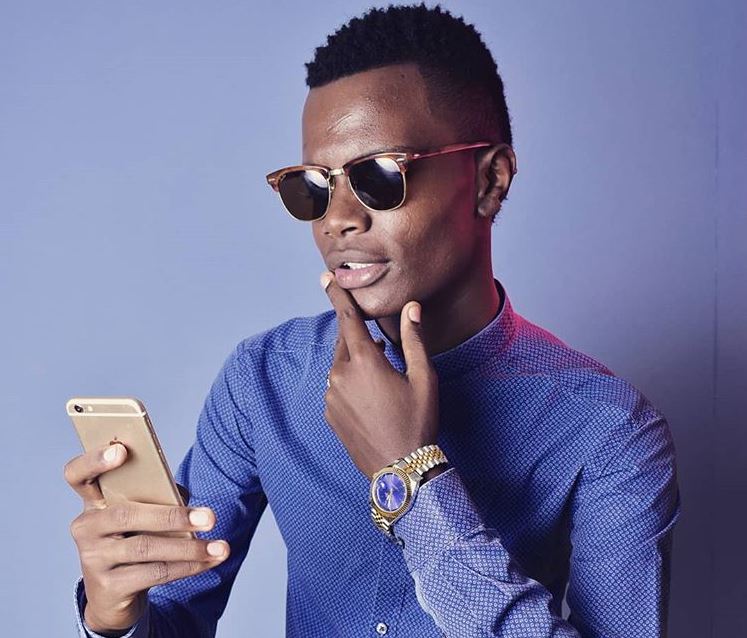 Mbaya, who is popularly known as Baha, talks all things film with Buzz.

A young, energetic actor with a vision of being a better director in the future. Film describes me best. I don’t think I can exist without it.

How different is Kamau from Baha?

They were quite similar back then as I was growing up. However, now that I am an adult, Kamau is now the exact opposite of Baha.

On the show, Baha is a glutton and not as smart, but Kamau is smart and not a glutton. (Laughs). The only similarity between the two would be that they are both stubborn. However, Baha uses the stubbornness to stand out and Kamau uses it to be a go-getter. I feel complete now because I am able to play a role completely different from my personality.

How have things changed for you since you started acting?

This is an emotional question for me. Acting has changed my life and given me the one I have now. My mother was an actress. My brother is an actor too. We lived in the village, in an unpainted house with no electricity. Acting has also supported my education. As a child, it was hard to see the effect acting has had on my life. I can see it well now that I am all grown up.

Tell us more about KM Pictures.

Kamau Mbaya Pictures is a production company that I started this year. The first project was a short film, which I produced. I don’t have a lot of experience in the technical side of film as compared to acting. The little I have is through observation while on set. I don’t believe in waiting for things to happen in life automatically, case in example, being an actor and transitioning into a producer or a director in ten years or so.

We have one life, which we should utilise fully. I have dedicated my life to film, which is why I want to learn all aspects of it while I am still young.

I started the company so that I can learn through the mistakes I make along the way.

Is your YouTube channel related to your production company?

No. The channel is for the brand ‘Kamau Mbaya’ as an influencer. Kamau is many things in one. (Laughs). I started it right after high school in January of 2017.

What are you currently working on, apart from acting?

I can’t answer that now because I have too many things going on. This is also why I have been inactive on my YouTube channel. I realised I was in a rush to give people everything I have. I worked on all the content I came up with at once instead of focusing on one at a time and in turn, I did not fully utilise my creativity. I did not give my all.

“My Slay Queen” was the last video I uploaded which was trending as soon as I did. I worked on its script for three months, unlike the others which I worked on in a rush. The video’s success is fully attributed to the effort I put in the pre-production period.

I am currently in a writing process with more than ten short films. There are also no investors in the film industry, and that is something I am working on getting before shooting them.

Have you received any endorsements over the years?

Not yet, and it’s not because I haven’t been approached. I have done a number of adverts, and that’s because the contract runs for a short period of time.

Ambassadorship to me means going with a brand you love and associate with.

Where do you want the Kamau Mbaya brand to be in five years?

I don’t really want to share all my goals publicly, in case it all comes back to me. (Laughs). But I want to be creating local content for the international market. I also want to do a feature film that tells an African story. I am not looking for awards because I believe they don’t determine how good a person is at what they do. I get satisfaction from the enjoyment people get from my content.

What would you say sets you apart from other actors?

Drive and motive. I associate myself with many actors and what I would say sets me apart is knowing my background and working toward my passion.

I am lucky to have a family that is not only talented in acting, but also passionate about it. I work hard, and ensure that I have learnt at least one new thing in film every day.