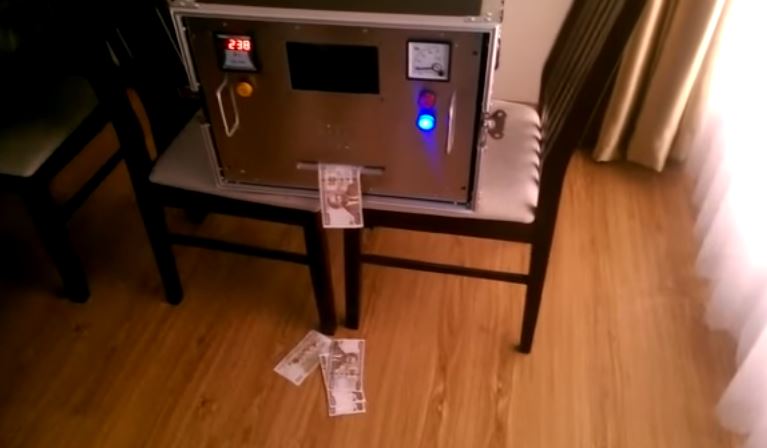 There’s a very interesting video that has been doing rounds on Whatsapp recently.
Some kind of machine is seen printing crisp Kenyan money. For some reason, the guys who deal in fake money decided to film themselves doing their illegal business.
The setting is a normal apartment house, not the warehouses we’re accustomed to in movies. Instead of large containers of ink and huge rolls of paper, the only equipment is a very compact printing machine, plus the paper to be used.
If such a money printing machine can be this small and compact, G0d knows how many are in use in Nairobi.
All the more reason for you to be careful as you received notes, especially the 1000 bob. Counterfeiting just got easier.

The Central Bank has provided these counterfeit detection guidelines.