Why Palestinians are Really Pissed off with President Uhuru 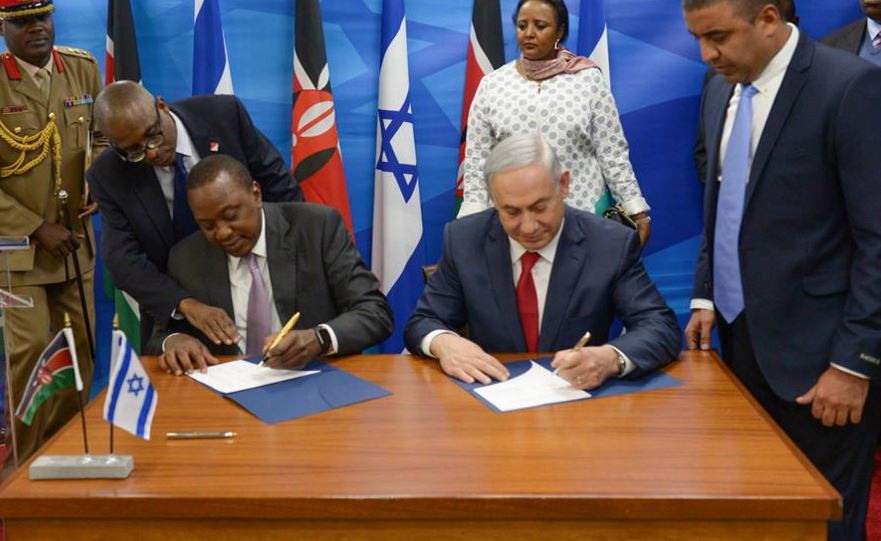 President Uhuru Kenyatta last week walked straight into a diplomatic dispute between Israel and Palestine.
On Thursday last week, Palestine Liberation Organization (PLO) Secretary General, Dr. Saeb Erekat released a press statement expressing concern over Kenyan president’s visit to occupied East Jerusalem and to an ‘illegal Israeli settlement in the Jordan Valley.’
Palestinians consider East Jerusalem as the part of the city that will be the future capital of the state of Palestine. PLO said that Uhuru visited Israel without arranging any visit to the occupied Palestinian territories or meeting with any of the Palestinian National Authority (PA) officials.
“This visit breached Kenya’s obligations not to recognize as lawful a situation created through the illegal use of force and other violations of peremptory norms under international law.  The State of Palestine will raise this issue within the context of the Arab League and the Organization of the Islamic Conference.” The statement read.
“No one has the right to visit in these territories without an in-advance coordination with the Palestinian leadership.”
Palestine emphasizes that international treaties consider the Palestinian territories occupied by Israel in 1967 as part of the state of Palestine territories.
The PLO statement further stated,“such behaviors boost the Israeli occupation and create a position of collusion between Kenya and the Israeli occupation.”
Hanan Ashrawi, a senior PLO official, called for the Arab League and the AU to declare their rejection to such behaviors and take measures to correct this situation.