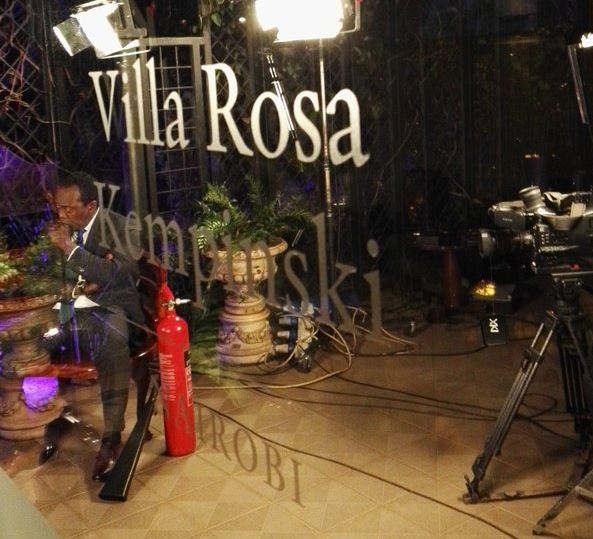 Villa Rosa Kempinski is the five star of five star hotels in Nairobi. After all, it hosted US President Barack Obama.

Kenyans on Twitter cannot understand why the hotel does not have efficient automatic power generators.

Less than a minute into Jeff Koinange Live on Wednesday night, power went out and remained that way for nearly 5 minutes.

That came as a surprise to Kenyans on Twitter.

#JKL a black out at the Villa Rosa Kempinski!!! What a let down!!! Hio ndio kuchomewa picha live on air

blackout at Kempinski on live television during #JKL. … haha

So even at Kempinski there can be black out? Indeed politics is real. #Politics101

Loading...
All The Funny Memes by KOT on Things Nairobians Do < Previous
Video of the Day: Kevin Hart vs Joe Hart Penalty Shoot Out Next >
Recommended stories you may like: