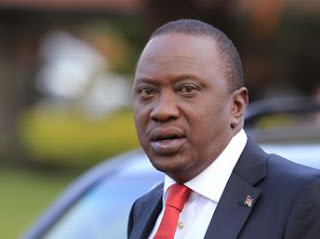 Here is an article appearing on the New York Times, talking about the possibilities and consequences of an Uhuru Kenyatta presidency.


NAIROBI, Kenya — He has been charged with heinous crimes, accused of using a vast fortune to bankroll death squads that slaughtered women and children. His running mate also faces charges of crimes against humanity, and as Kenya’s election drew closer, the Obama administration’s top official for Africa issued a thinly veiled warning during a conference call about the vote, saying that Kenyans are, of course, free to pick their own leaders but that “choices have consequences.”

A version of this article appeared in print on March 8, 2013, on page A1 of the New York edition with the headline: Kenya Election May Offer U.S. Tough Choice.

Loading...
Mudavadi’s Plan B.. Plus All The Funniest Election Pictures You’ll Ever See < Previous
Breaking: Maina Kageni Shopping For A Chopper Next >
Recommended stories you may like: