Why Kate Actress Cried Every day for a Whole Year 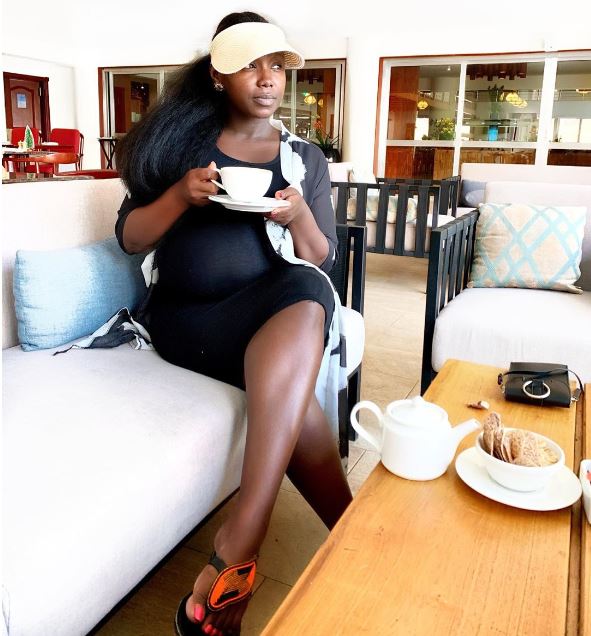 Award-winning actor Catherine Kamau alias Kate Actress gave a rousing speech on teenage pregnancies at Kariokor Social Hall a few weeks ago as she spoke from her personal experience.

“It’s not okay to be a teen mum and bring a child into this world not knowing what you can offer them. Because you are a child. A boy that is in form two or one is wasting your time. Unlike us, your generation is different and things are moving so fast,” Kate said.

“You look at the likes of Kylie Jenner on social media and the way they slay with the kids and think these kids are dolls,” she told the school-going girls.

“At some point, I would encourage you that you’ll be okay. But I realized things turned out good for me cause both of my parents were working and supported my child. I came to realise all of us are not the same.”

What have I done now 😩??? Thunder is doing push ups for you !

Kate, who got pregnant at 19, said she fell into depression for a year.

“I finished high school well then I went to Kampala to study. Two months later, I came back with a baby degree. My mum was disappointed because she had sacrificed everything,” she recounted.

“When I first told her, she was crushed. She didn’t understand. I dropped out of school and raised the baby and of course, the boyfriend ran away. So I was in depression. I cried every day for a whole year,” she said as quoted byWord Is.

Three years later, Kate turned her life around: she went back to school and got a chance to star in “Mother-in-Law”, where she made a name for herself in the film industry.

She urged the teenagers, “The reason why I don’t want you to get pregnant is that if you get the pregnancy, you become responsible for someone else. Then, you become a burden to your parents.”

Loading...
Size 8 and DJ Mo’s Son, Muraya Jnr, Gets Thousands of Followers on Instagram Debut < Previous
Kirinyaga County CEC Resigns After Waiguru Warned her for Underperforming Next >
Recommended stories you may like: