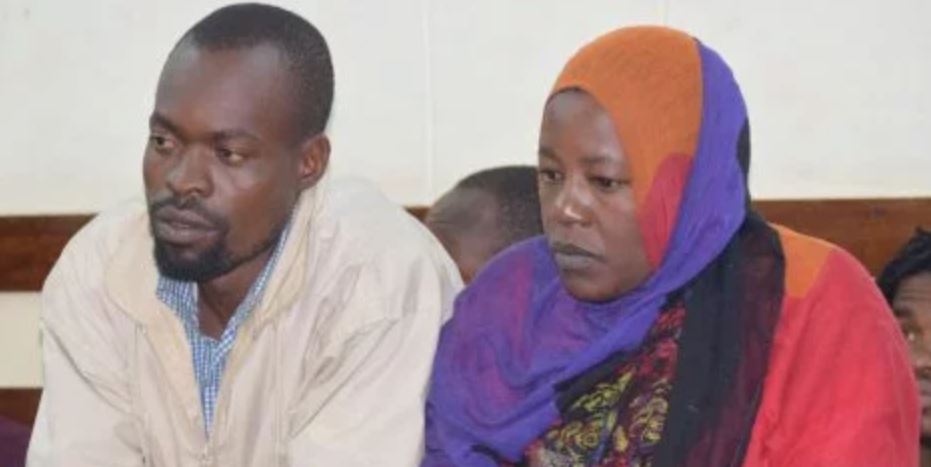 Two suspects are facing charges after being found in possession of charms and an assortment of witchcraft paraphernalia in Nairobi’s Shauri Moyo estate.

Kitebe Mohamed and Nicholas Mwajuma were arrested on December 14, 2019, and presented before the Makadara Law Courts on Monday, Dec 15.

Police believe the two intended to use the items to cause fear among members of the public.

The suspects were found with an unidentified white liquid in a five-liter jerrican, six red sheets and two blue sheets, a red-flowered carpet, one white kanzu, four birds’ legs, half a kilogram of millet in a beer bottle, fine brown powder in a tin, and brown powder wrapped in a polythene bag.

They were also found in possession of brown powder mixed with pieces of torn newspapers in a container, and a brown substance with an egg concerted in a container.

The suspects also had business cards bearing their contacts and services.

Appearing before Senior Principal Magistrate Angelo Kithinji, they both denied the charges and were freed on a cash bail of Sh 50,000 each.

Loading...
Nyeri Deputy Speaker Denies Assault Charges After Surrendering to Police < Previous
‘See God,’ says Size 8 as She Shares First PHOTO of her ‘Miracle Baby’ Next >
Recommended stories you may like: