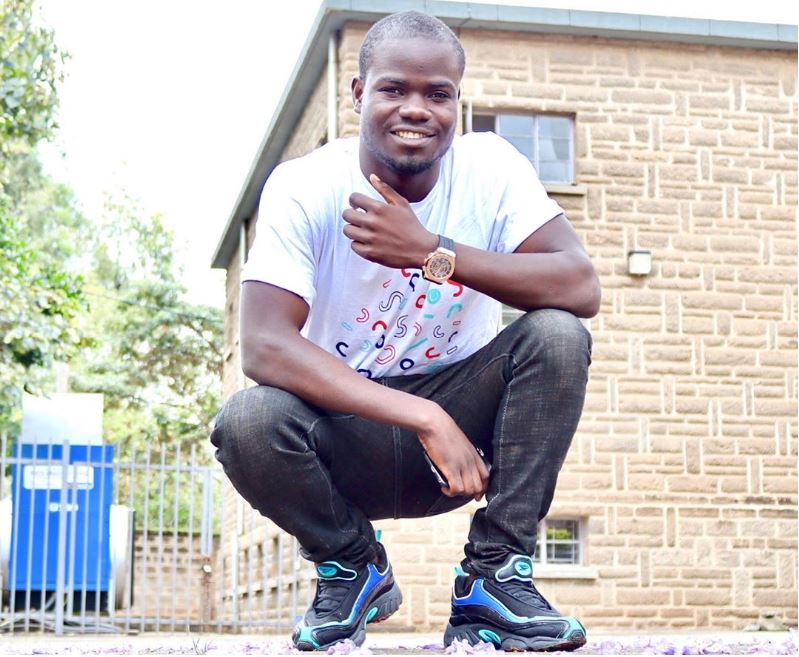 David Oyando, better known as Mulamwah, is arguably one of the best online comedians in Kenya. The 26-year-old funnyman talked to pdonline about his craft.

I am just a guy who lives in a village called Bikeke in Kitale. I am a nurse: graduated from Moi University in 2017 with a degree in nursing.

I also recently completed my intern practice at the Kenyatta National Hospital. I am a blossoming comedian too.

How did you cross paths with comedy?

I’ve been in love with comedy for a long time. As a child, I always wanted to be just like the comedians I saw on TV, but I was in school. My dad was tough and I could not even join acting clubs in school, but I used to be a funny character in class and around my peers.

Things blossomed when I joined campus in 2012. I had more free time and was away from my parents. I started doing stand-up comedy in campus every Sunday.

I later formed an acting group in church, where we made skits and acted them during Sunday services.

Later, I linked with a group of comedians in Eldoret who majored in wedding emceeing, roadshows and events hosting.

We later started a comedy club in Eldoret that I was part of for around two years. I really wanted to be on Churchill Show, but I did not have the means to attend auditions.

I then decided to try and make my own clips and share them online and surprisingly they went viral and here I am.

What inspires your accent-laden skits?

The people in the place I stay and my native language inspires the accent. My other inspirations are drawn from my daily activities, interactions and things I see on TV news.

My team and I brainstorm, identify a target group, what they like and the appropriate time for a particular video to go up on the Internet, record it and upload.

As a newbie in this form of art, how has it been for you penetrating this market?

It has been a really tough task getting recognition from the comedy industry. I do not have proper equipment and sometimes there’s a lot of discouragement from some people.

However, I overcome this by just being me; I record with my phone and edit using tools I find online. My joy is to see people happy. That some other aspiring young comedians look up to me, gives me the zeal to keep going.

At some point I sold my phone just to travel for auditions. The journey has not been easy. 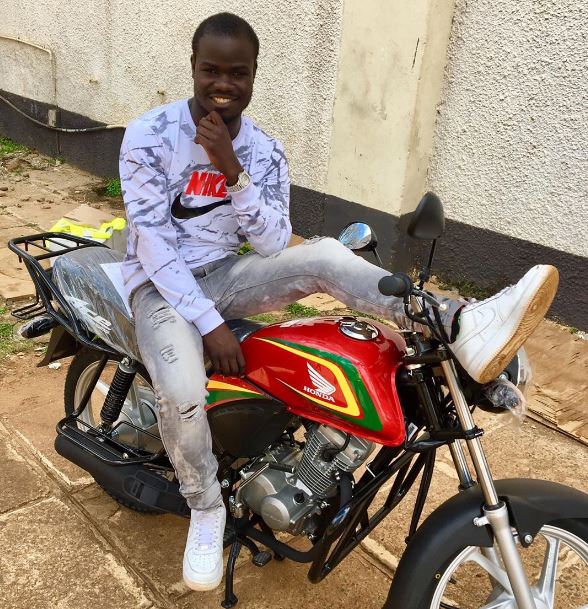 How do you juggle between your comedy craft and other obligations?

The balancing act has not been difficult. I have a work plan and everything follows the schedule. In a single shoot, we can make videos that last a month.

So, that means I’d be free to do other things such as attending shows, interviews and taking care of my family. I comfortably negotiate through my other engagements while still pushing on my craft.

Do you think online comedy is stronger than what we currently have on the mainstream platforms?

Online comedy could be new to people, but it’s definitely the future. It is vast and it’s growing fast. Smartphones and Internet are becoming cheaper and easily accessible hence the growth.

Short clips and vines are the new sources of happiness and joy amongst the current generation. The growth could be attributed to the fact that many young people take so much time on their phones than on the TV or radio.

Has your craft presented new opportunities for you?

Yes, doors have opened, but I still feel there’s nothing tangible to write home about. I have activated and advertised many brands on my platform and the craft is putting food on my table.

The growth is gradual, but hopefully, I shall strike bigger deals. I also emcee at events, perform during roadshows, weddings and do stand-up comedy. I also create content for other people too.

The year 2019 has been your breakout year. What else do you have in store for your fans?

I have since started a YouTube channel currently featuring a series called The Love Triangle of about five minutes for each set.

It features other acts too and it has been received well. I am looking forward to put up more hilarious content and close more lucrative deals.

What would you tell those people who look up to you for inspiration?

Making people laugh is as easy as it is hard. But being unique, current and having scenes and acts that people can relate to makes you stand out.

Ignore negativity and trust the process; Rome wasn’t built in a day. Everything is possible, however hard it may seem.

Loading...
‘My Teacher Prophesied I Would Become A Librarian’ – Head Librarian at KNLS Buru Buru < Previous
Guardian Angels Talks Fashion and Style: ‘Most Expensive Item in Wardrobe Cost Sh12K’ Next >
Recommended stories you may like: