Maendeleo Chap Chap party leader Dr Alfred Mutua is on the receiving end of a backlash from a section of politicians after claiming Deputy President William Ruto threatened him.

According to Mutua, DP Ruto on December 11 at State House squeezed his hand -while they were shaking hands – and intimated that he would teach him a lesson.

“I believe that William Ruto is serious and capable of carrying out his threat to my life and general welfare,” said Mutua. 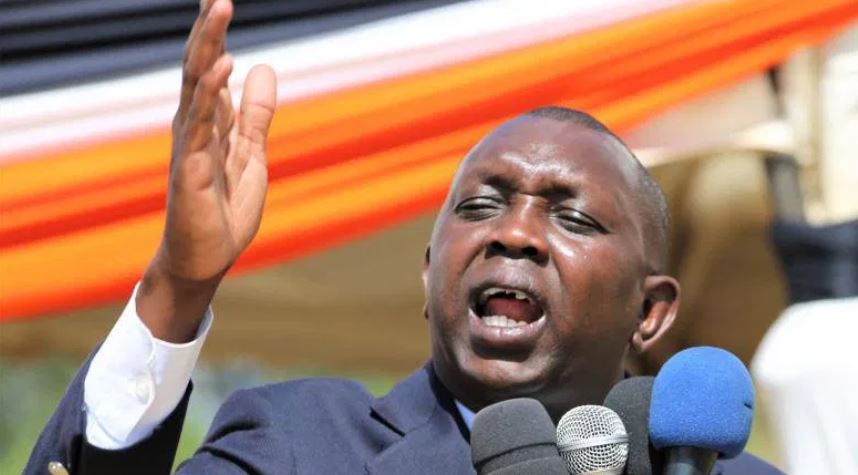 According to Sudi, Mutua is a slay king and one of the most corrupt governors in the country.

“You are not a worthy leader, you are just a Slay King seeking cheap publicity. The best thing you can do is to deal with slay queens,” Sudi wrote on Facebook.

“You are among the top five most corrupt governors in Kenya. You are not in the same league with DP William Ruto or neither my league. You are way below me. Stop those nonsense[sic]. Ni nini ulifikiria unaeza uliwa na William Ruto? You are so stupid!”

“Governor Mutua is at it again seeking attention with the most fictitious allegations that can only fit in his failed Cobra Squad TV show. You will not gain relevance by shouting the names of leaders who have achieved more than he can ever do. Focus on Machakos, Mutua,” Duale tweeted.

He added: “The truth is, attention seekers are looking for validation. They want to know they are worthy. You can’t use our names to increase your dwindling political shares in the village. We play a different league. Wacha vindiyo, cinema na vipenderee.” 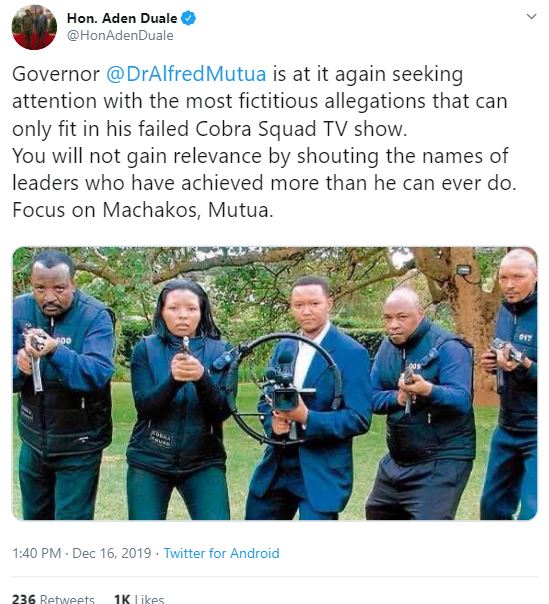 On his part, Senator Murkomen blasted: “Mr.Mutua is writing another episode of his cobra squad series. Having failed spectacularly as a leader he turned himself into a Joseph Goebbels of his county govt. He is of no consequence to anyone to deserve any attention let alone threats. Let’s just watch the cinematic.vipindiree.” 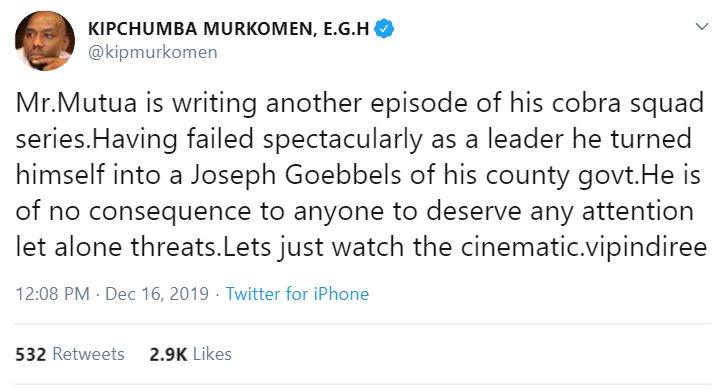 Mutua on Monday recorded a statement at the Kilimani Police Station against the trio.