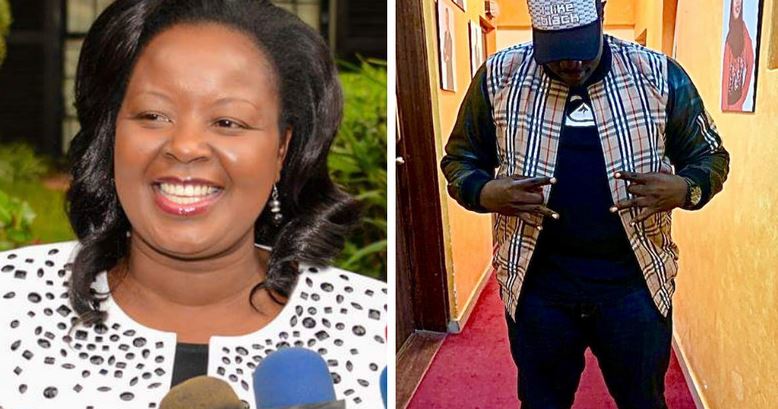 Amid mounting pressure on Citizen TV to cancel Friday night entertainment show ‘10 Over 10‘, Bishop Margaret Wanjiru has suggested that it should be replaced with a worship show.

The politician and preacher was responding to a Twitter user who had suggested that ’10 Over 10′ should be rebranded.

The tweep, identified as Sam, was contributing to the trending topic hashtag #End10over10, suggesting the show should rebrand with better content for the youth.

“Bro @WillisRaburu, you’re a born again Christian and a great guy. I really like your morning show with Chef & your jokes, I hope you won’t take my sentiments on 10 over 10 show personal. I love this country & our young persons. #End10over10 or rebrand it with new ideas/content,” said the Twitter user.

But Bishop Wanjiru was having none of it. She insisted that ’10 Over 10′ should be canceled because “evil” cannot be rebranded. Further, the preacher suggested that Citizen TV should launch a worship show instead.

“It should end. U cannot rebrand evil. Maybe start a new Kesha worship show or something like that,” she tweeted.

The rejuvenated campaign against the show comes after CitizenGo Africa delivered a signed petition at the Royal Media Services offices on Wednesday. 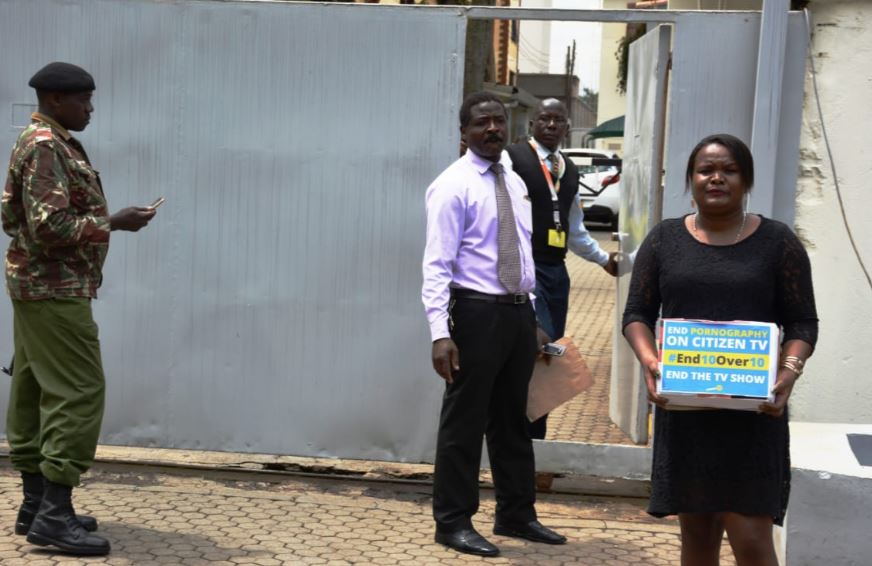 Ann Kioko, Director of Campaigns at CitizenGO, states that the “show has attracted nothing but disgust from parents who feel it has a negative influence on their children especially now that schools are closed”.

“A national television such as Citizen TV should not bring a show which is more of a discotheque with all sorts of pornography being promoted. Parents are now fed up with this show as it gets ridiculous with every other show. Right from almost naked of a youth audience who seem teenage to rogue artists and show host,” the petition reads in part.

Noting that the Kenya Film Classification Board cannot cancel ’10 Over 10‘ as it airs after the watershed period, Ms Kioko said efforts to compel the RMS management to cancel the show had proved futile.

“The Managing Director of Royal Media Services on the first call promised to work on the content of the show. However he could not bring himself to committing himself in writing. The subsequent calls with him were further from offering a solution,” she said after delivering the petition. 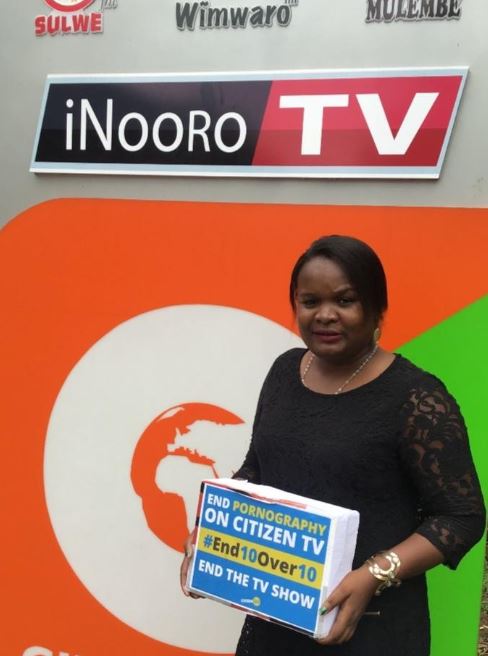 Meanwhile, KFCB CEO Ezekiel Mutua has welcomed the petition, having urged Kenyans to boycott Citizen TV in the past.

“I am very happy to see the campaign against 10/10 – the obscene crap run by Willis Raburu on Citizen TV. Sometimes I wonder whether the owners of the station care about morality. Would they let their kids watch the discotheque on TV? Shame on the management and owners too! 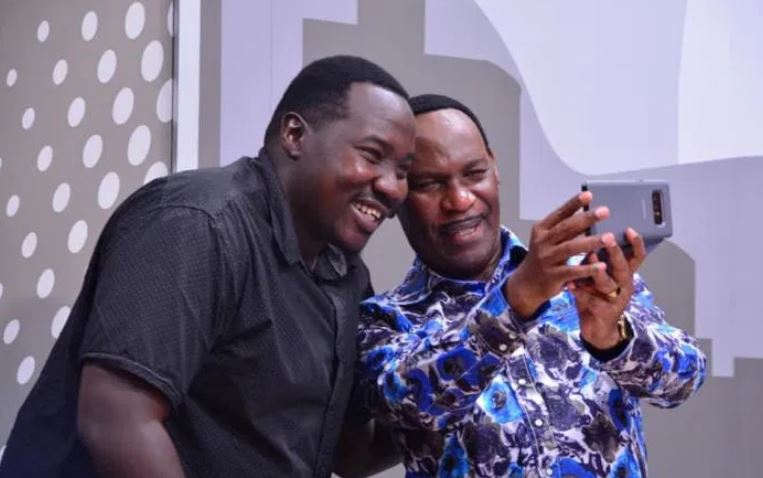 “We must never trade our moral values for money. Media houses who allow programs like 10/10 which promote sexual immorality & perversion among the youth are undermining national development. Where do the kids who attend 10/10 go after they have been turned on? Schools are closed and kids are at home but our immoral and irresponsible media houses are airing pornographic content during the day in blatant breach of the watershed period. No sector operates with such impunity like the media. Your day will come guys. It will!” he tweeted.

The online petition dubbed “CITIZEN TV: Cancel pornographic 10 over 10 TV show” has collected over 22,000 signatures out of a targeted 50,000. 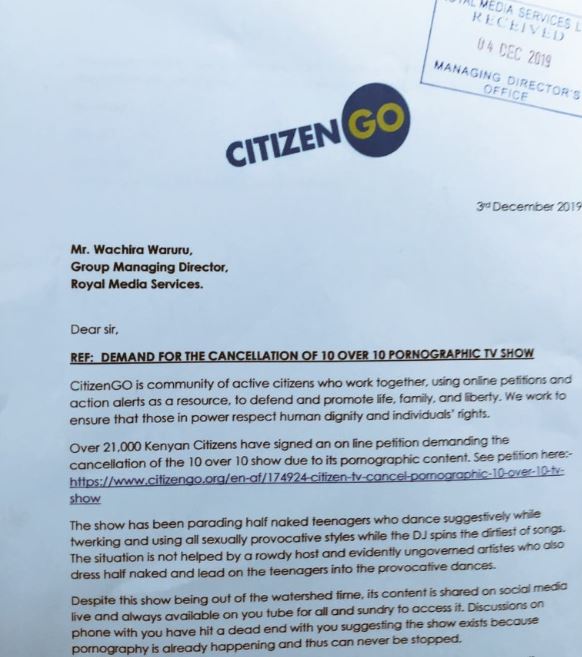 Loading...
The Trending Pics in Nairobi Today < Previous
Teacher Burns Down her House while Trying to Kill a Snake Next >
Recommended stories you may like: