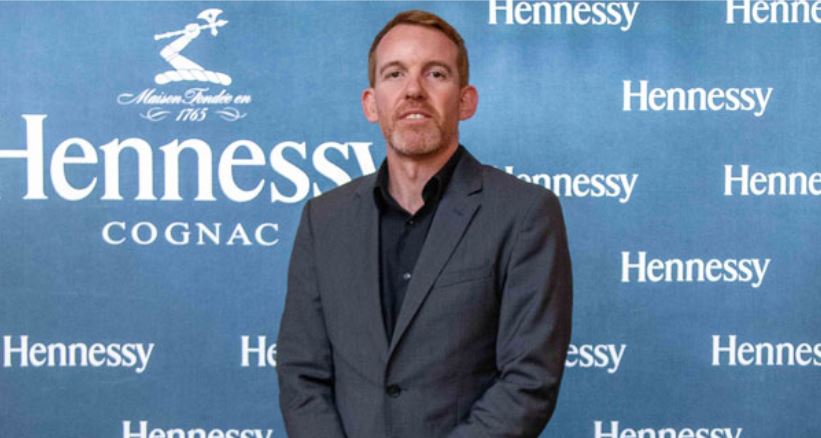 Smith took attendees through the rich history of the French Cognac that has been in existence for over 250 years. He also shared its long history with Kenya spanning over 100 years since it was first shipped to the country.

Mr Smith talked to Nation.co.ke about the Hennessy affiliation with Kenya that began long before World War 1.

How long have you been the Global Ambassador for Hennessy?

Is this what you aspired to do?

Being a global ambassador had always been my dream job. Straight from the University I wanted to work in the Australian wine industry and the pinnacle for me was Moët Hennessy.

Through hard work and luck I was able to get a job as an account sales manager of the brand and moved through the ranks over the ten-year period. My skills in sales is what pushed me into this particular role.

As a global ambassador of Hennessy, what exactly is your role?

It would be nice if it were just about dinners (laughs) like this but that’s not the case. I spend a third of my time studying the African market and the rest of it in Paris working with the African team to see what projects we can work on. The ambassadorial role is about the market you represent which, in my case, is Africa and Middle East.

In a nutshell, my job is to take the plans developed in France and work with African team to try and implement them where possible and also get feedback from the market through such events, training, public relations and media.

How important is Kenya to the Hennessy brand?

Hennessy has a long history in Kenya with its first shipments here traced back to 1898 over 100 years, neither you nor I were here.

Today, Kenya is one of the most dynamic countries in the world for Hennessy, with exciting new occasions and venues attracting diverse consumers to the brand. The entrepreneurial energy is obvious in Kenya and blends well with the DNA of Hennessy.

Dynamic in what aspects?

In terms of growth with direct distribution, Kenya is the third largest Hennessy market in Africa after South Africa and Nigeria.

Africa is a complex market, you can’t be everywhere, so we have to be very specific where we put resources and allocate stocks as well because there are no infinite amounts of Hennessy at the moment. As such, we have to look at the markets that show the most potential. The sales in Kenya are incredible and the growth rate is very impressive.

It’s the fastest growing market in Africa at the moment.

Hennessy is a luxury brand that isnot for everyone, how have you been able to maintain the market in Kenya?

Our clients seem to understand perfectly the product, that’s one. We also work strategically with the distributor and the Kenyan team by planning for the future like 10 years ahead because of the nature of the product.

Nature of the product: what’s that supposed to mean?

We have different pearls of the Hennessy; Very Special (VS), Very Superior Old Pale (VSOP) and of course the ultimate Extra Old (X.O) which take years to produce.

For instance for the VSOP, we use eaux-de-vie (wine made from different blends of grapes which are then fermented and double distilled) between four and 15 years old.

For VS the blend is between three to eight years and X.O 10 to 30 years eaux-de-vie. With such circumstances it’s very hard to change strategy globally often, so we plan ahead.

You mentioned there is a scarcity of the brand at the moment, should it be an issue of concern to the clients?
A little, it could affect the prices. This is because you need grapes to produce Cognac and you can’t do that in a year.

However, we have several ways of improving production like buying raw materials from others. We have also increased our grapes producing region this year in France.

Aren’t you scared of losing clients with if prices shoot?

It’s not an issue in Kenya alone. The global demand affects the price. Over the last five years the prices have slightly gone up all over the world, as I was saying. With a high demand and scarcity of the product, it’s a hard factor to control but we try to work on those we can.

But I must say we a lucky brand that consumers are willing to pay more for because of the quality we give. But that’s not to say we’ve been out to exploit them because ours is a long term relationship we mindful of that and we don’t take price increases lightly.

Finally, how does one read a bottle of Hennessy Cognac?

The cognac is a type of brandy made of grapes. Outside the cognac region, you can make other brandy from the grapes like spirits, champagne, and sparkling wine.

How we make the Hennessy Cognac is by picking the grapes, making wine and then double distilling the wine to create a spirit called eau-de-vie. Eau-de-vie is the base for a Cognac. You then mature them in separate barrels over the years.

However, at Hennessy, we reuse our barrels many times and the result of this is that some eaux-de-vies benefits from the older barrels. The idea is to mature them to the maximum potential then becomes a cognac when you blend. So cognac is a blend of eaux-de-vies of many different years. This is why we don’t have 12 year, 15 or 18 year old cognacs.

Loading...
Hilarious Posts by Kenyans on Social Media to Take Away Those Monday Blues < Previous
PHOTOS – Check Out Obinna’s “small nest” in Nyanza Next >
Recommended stories you may like: