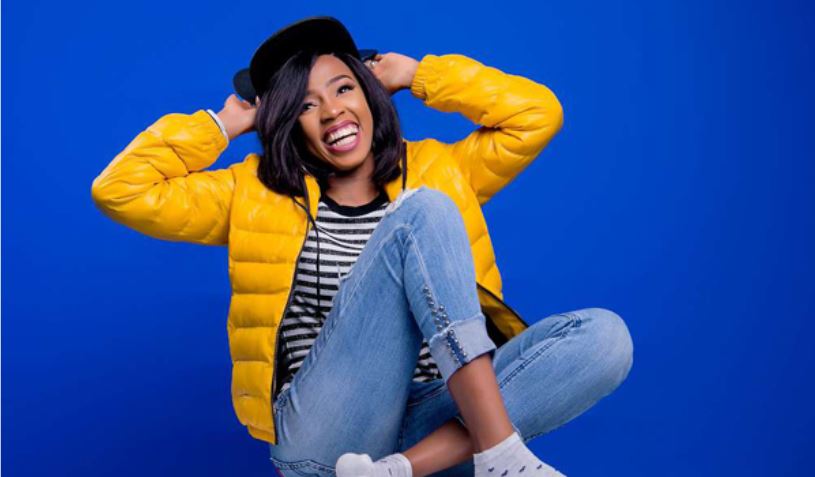 Priscilla Ndanu Maina is a Jill of trades; she is a makeup artist, a TV and commercials producer, a director at True D Pictures (alongside her husband Sammy Dee), and most importantly, a mother.

The Urembo Creations College founder talked to ‘ONEXTRA’ about how she does it all.

When did your passion for both make up and the cameras begin?

That was back in high school though this is not where I had envisioned it will end up. I could plait my friends’ hair and ensure they look neat as a hobby. We then formed a group called Urembo Creations with my friends while at Ngara Girls’ High School. While in campus taking Computer Science, I met Sammy Dee, the very gifted video director, who asked me to do make up for his next video because he loved how I did my own make-up. Later on, my passion for makeup inspired me to start Urembo Creations Limited, which now houses Urembo Creations College and Urembo Creations. The rest, as they say, is history.

What was your first job and was it rewarding?

My first ever job was the music video gig that Sammy gave me, and I got Sh5, 000 for it. That was too much for me then, as I was just 18. I celebrated my new found venture and proceeded to buy more beauty products. (Laughs). I still recall that video, it was “Ndakhuyanza” by BMF, six years ago.

How was Urembo Creations born and how has your journey been?

The college was born from an assignment that was weighing my spirit but I went ahead to start it. It was on August 4 and I was working for Pambio Live and had to resign to begin free make-up workshops to teach a one-week, all-inclusive course. The beneficiaries will make a living out of the art. I started in Shauri Moyo, Korogocho, Kayole, Soweto, twice in South C and Kibera. This was just to impact the lives of young women who want to be makeup artists but can’t afford the school fees.

How did you end up as a TV producer?

I believe God just saw my undivided passion for women and their wellbeing and so he presented the opportunity. I produce “Minjiminji” on Rembo TV. As True D Pictures, we pitched to run the TV station when it was introduced in Kenya and we got the deal, despite being the youngest company chasing this. We started from the drawing board selecting the name, getting the crew, content, broadcasting and so on. Its target audience is basically women.

How do you manage to juggle between everything that you do and not fall off the grid?

I am very organised and very keen not to waste time at all. I already know where I’ll be tomorrow at a certain time. I also keep a very small circle of friends; hence I get my priorities right. Being a mum and a wife who is involved in the day to day running of Rembo TV and True D Pictures, and studying at Strathmore University, means I really need to organise my schedule.

Most successful people have quit so many times along the way before their first breakthrough. Have there been such moments for you?

Yes. Many times. It’s easy to satell yourself not to give up, but that is simply easier said than done. I got to that point and told Sammy that I can’t do this anymore because the returns were too meagre. I calculated that I had to do a million wedding shoots to afford the car I wanted. At some point, I was deflated. However, I came to the realisation that it was not by chance that I knew how to do makeup and changed my perspective altogether. I’m known for enhancing makeup, which is makeup that doesn’t change your look. This realisation is what made me try again.

What should we expect from your end in the near future?

There’s a lot that is underway, especially for women. Much of that is in the pipeline and won’t be disclosed now. I also have projects to impact the lives of teenagers including on etiquette, hygiene, modest dressing and make up but with an emphasis on inner beauty. Unless we preserve our young generation, we’ll lose it tomorrow.

When I look at my future, I see a dark city full of so many lights; not candles. This means the beauty industry and specifically Urembo Creations, will go out there and become the light through both the art and their inner beauty. People open up to make up artistes and the moment someone opens their door to you, they open their hearts as well.

Loading...
Hopekid on Sex Scandal, Working With Khaligraph, Dating, New Album < Previous
Things You Probably Didn’t Know About Samidoh Next >
Recommended stories you may like: