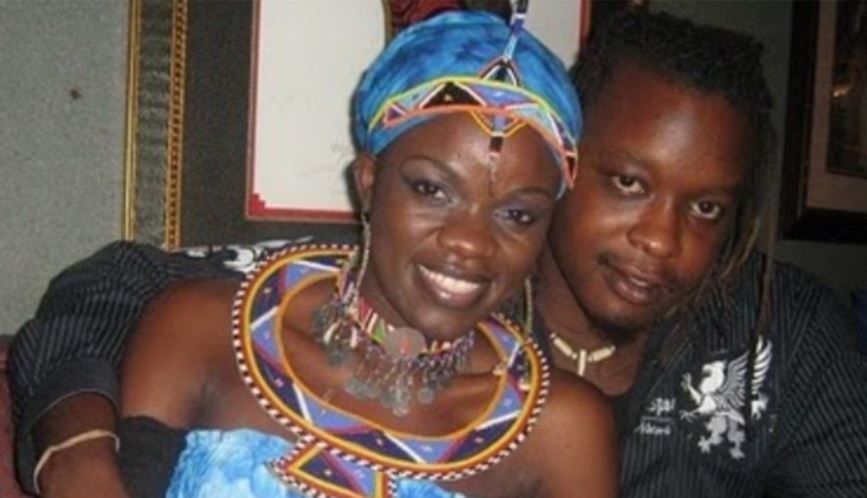 US-based Kenyan rapper Malimo Andega, better known by his stage name Attitude, says the biggest mistake he ever made in his life was leaving his ex-wife, Mercy Myra.

The pair were once the ‘It’ couple in the Kenyan showbiz scene but separated unceremoniously sometime in 2011. This happened after they had relocated to the States in search of greener pastures, leading to a strain in their 10-year marriage.

Their split and eventual divorce in 2015 nearly turned ugly as the couple locked horns over custody of their daughter, Taylin.

Read: “We were Abusive to Each Other..Both Physically and Verbally” – Rapper Attitude on Divorcing Mercy Myra

The two were, however, able to reach a truce and have seemingly been co-parenting without issues.

13 years n counting!! Couldnt have picked a better partner n damn what a product we produced💪🏿🤘🏿 Black Excellence and proof u dont have to be together to make a child feel like its still family #TheAttitudes

On Sunday, Attitude had a moment of retrospect and confessed that he made a big life mistake when he left Mercy Myra. To make matters worse, Attitude ended up in a relationship with one Pandora Alexis whom he says is the biggest regret of his life.

This is probably because Attitude, after moving to the U.S, cheated on Mercy Myra with Pandora Alexis, an American model. They met at Attitude’s tattoo shop and went on to date for five years, during which time Attitude even shaved his locks.

In a post on his Facebook page, Attitude acknowledged that his life would be so much better had he never met Alexis.

“My biggest life mistake is leaving her (Mercy Myra) 😒 And worse off I ended up in a 5 year relationship with Alexis which is the biggest regret of my life… I should’ve took my a** back home to the talented influential sensual being I married…Sometimes I wish I never opened that tattoo shop🙄🙄 my life would be so much better had I never met her,” wrote Attitude.

While interacting with his fans in the comments section, Attitude continued to open up noting that he learnt a painful and expensive lesson from his mistake.

Below are some screenshots. 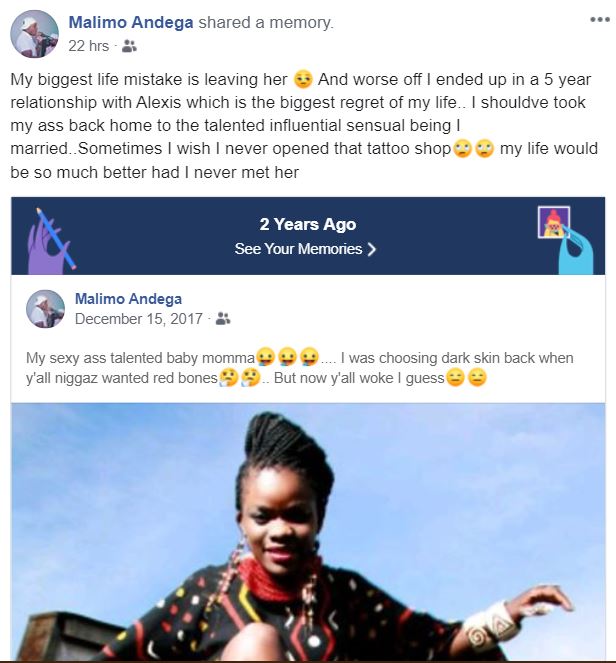 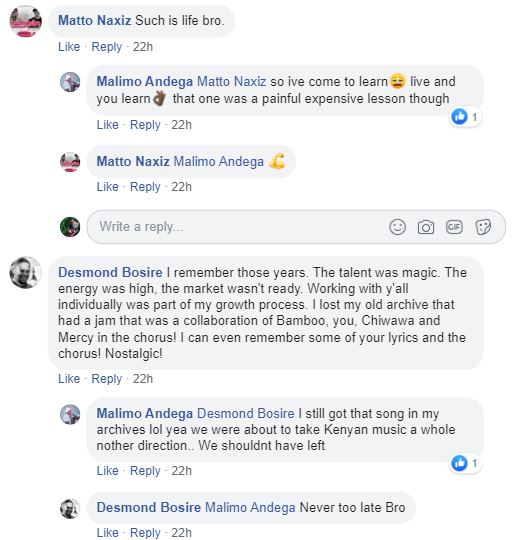 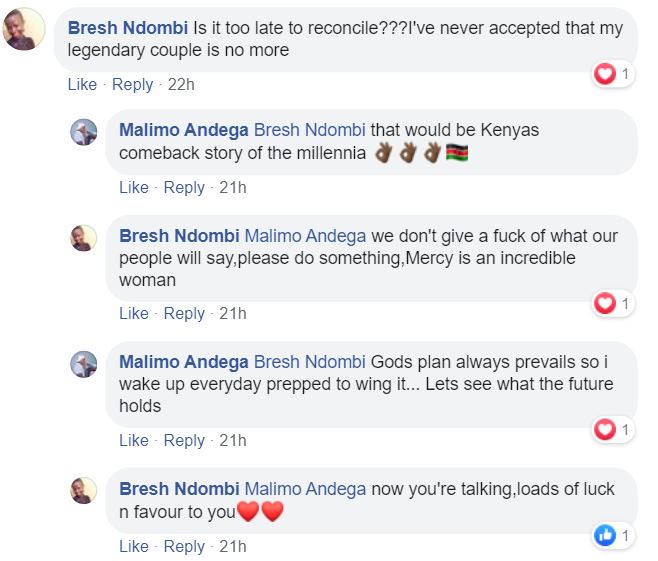 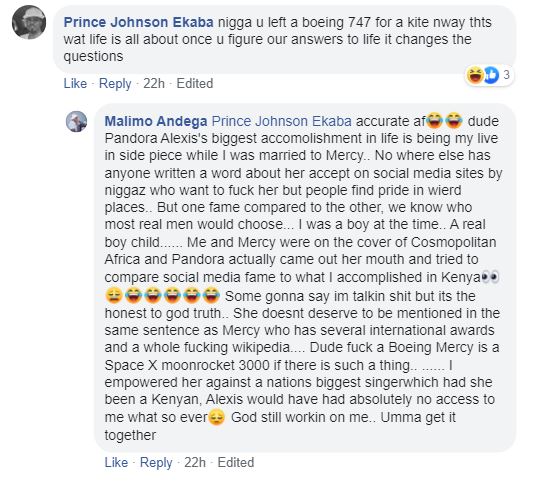 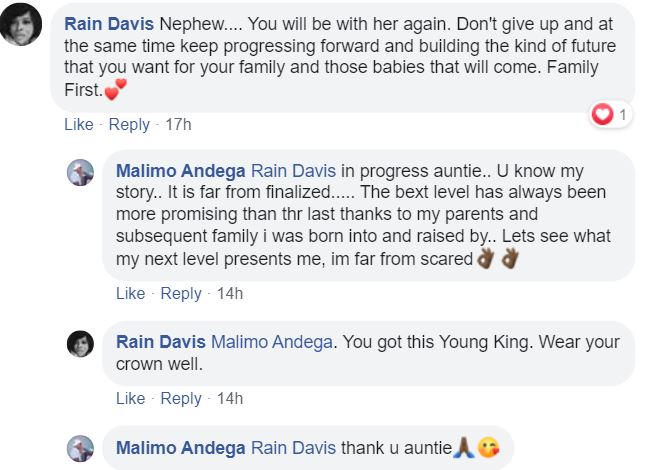 Loading...
Barcelona vs Real Madrid Betting Prediction from 22Bet: La Liga Match on 18.12.2019 < Previous
Women Regret Capture of Stray Lion as Husbands Return to their Late-night Drinking Ways Next >
Recommended stories you may like: