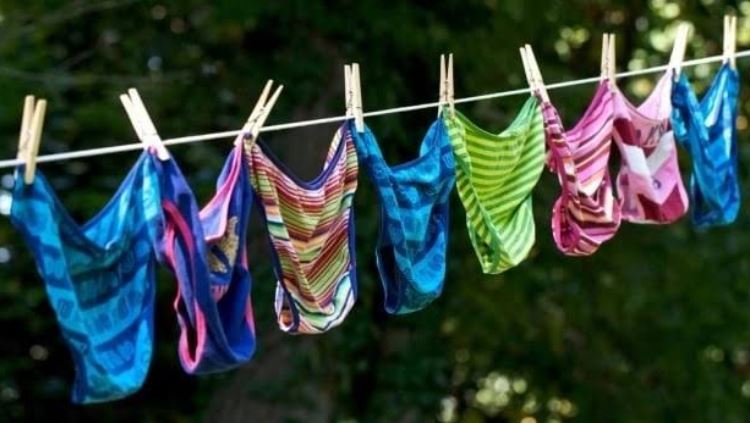 A man from Hirumbi Village in Lurambi, Kakamega County must be thanking heavens after he was nearly lynched for stealing women’s panties.

36-year-old Mukoshi Chipukosia was found in possession of about 100 stolen women’s panties in his house on Sunday. During the rough-up by angry locals, the alleged panty thief was found wearing two of the stolen women’s underwear.

According to Nyumba Kumi chairperson, Eric Anyanjira, they became suspicious of Mukoshi because he would undress and remain in women’s panties every time he took a bath in the river.

CAUGHT IN THE ACT

When he was caught on Sunday, Mukoshi was in the middle of getting away after carrying out another successful heist at a neighbour’s bathroom. His operation was thwarted when dogs barked, alerting the owner.

“When I went to check, I found he had already pocketed my panties,” said the aggrieved victim.

Another resident told K24 TV: “There is a woman in my neighbourhood who is lamenting every day that her underwear is being stolen. When women bathe and leave their panties in the bathroom, he steals them.”

“We are fed up with his habit! What he is doing is not good, at all. He only steals women’s panties, and not men’s underwear. Every time he steals our panties, it leaves us wondering what the thief is up to,” lamented another woman.

“For the longest time, thieves in this area have been stealing cows, goats and chicken… But now, we have a thief who has perfected the art of stealing women’s underwear. Everything is being stolen now, literally!” a male resident quipped.

After receiving a beating, Mukoshi was forced to discard the stolen innerwear and vow never to steal women’s panties again.

In his defense, Mukoshi blamed poverty for his bizarre habit.

“I do not have money to buy new men’s underwear. So, stealing was the only option I was left with,” he said.

Loading...
Neomi Nganga Leads Celebrities in Bashing Huddah Monroe For Fatshaming Rapper Lizzo < Previous
The Top Stories on the Internet Today (Friday December 6) Next >
Recommended stories you may like: