I Wish my Dad was here to Witness this Milestone, Says Esther Wahome After Earning Honorary Doctorate 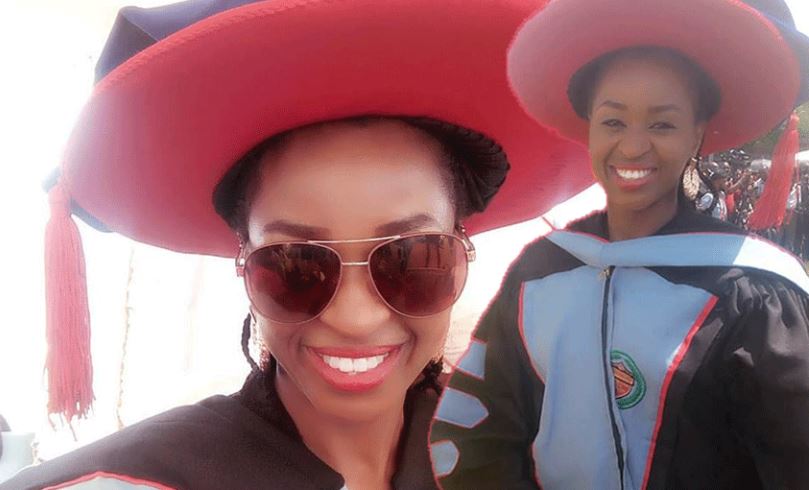 The University conferred the ‘Kuna Dawa’ singer with a Doctorate of Sacred Worship for her commitment and continued contribution to the society.

An elated Esther Wahome broke the good news on social media revealing that she wished her late father, William Wahome Gikonyo, was still alive to witness her accolade.

“Very grateful to God for the far he has brought me. I wish my dad was here to witness this, he was really looking forward to this day, but I know he is smiling in heaven very proud of me like he always was,” wrote Wahome.

She said the university had been monitoring her activities that are geared towards the betterment of communities.

“I feel good about this milestone. The university had been following my active participation in bettering the society through worship since I was a teenager, and they found it appropriate to confer me with the degree,” she said.

“A professor from the university approached me recently and said they were impressed by my contribution to society, and that this year, I would be a recipient of an honorary doctorate from the institution. 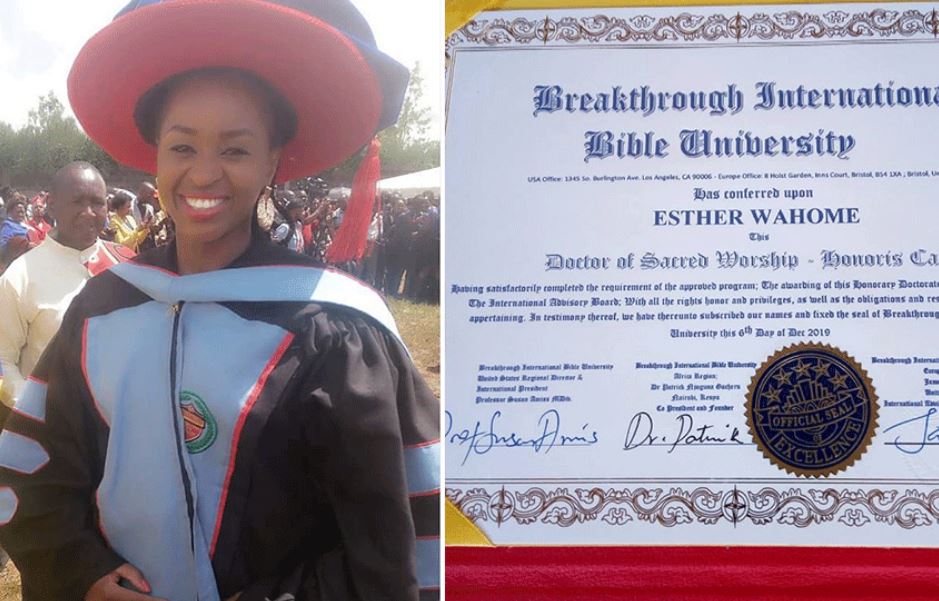 “I am pleased that my work has been noticed and appreciated. In life, upward advancement, be it in education, career, name it, is necessary; that is something I have come to learn and appreciate,” Wahome added.

The University noted that the award-winning worship singer was conferred after meeting set requirements and consequent authorization by the university’s advisory board.

“Having satisfactorily completed the requirement of the approved program; the awarding of this honorary doctorate was authorized by The International University Advisory Board; with all the rights, honour and privileges, as well as the obligations and responsibilities thereunto appertaining. In testimony thereof, we have hereunto subscribed our names and fixed the seal of Breakthrough International Bible.”

Loading...
Q & A With Governor Kivutha Kibwana < Previous
Governors Seeking Audience With Uhuru Over Sonko’s Arrest Next >
Recommended stories you may like: