Controversial blogger Cyprian Nyakundi has added another defamation case to his collection after Makueni Governor Kivutha Kibwana moved to the High Court in Nairobi to seek justice.

Through Nyamu and Nyamu Company Advocates, Kivutha served Nyakundi through an advert published in a local daily on Thursday.

“Take notice that you are restrained by way of interim injunction whether by yourself, your agents and/or servants from further publishing defamatory statements of and concerning the Plaintiff/Applicant and/or his family pending the hearing and determination of the Application, ” the notice by Nyamu and Nyamu Company Advocates reads in part.

“Take further notice that if you fail to appear either by yourself or someone by law authorised to act for you, the same may proceed your absence notwithstanding.”

Governor Kivutha moved to court to stop Nyakundi over a September 19 article in which the blogger linked the county boss to corruption. 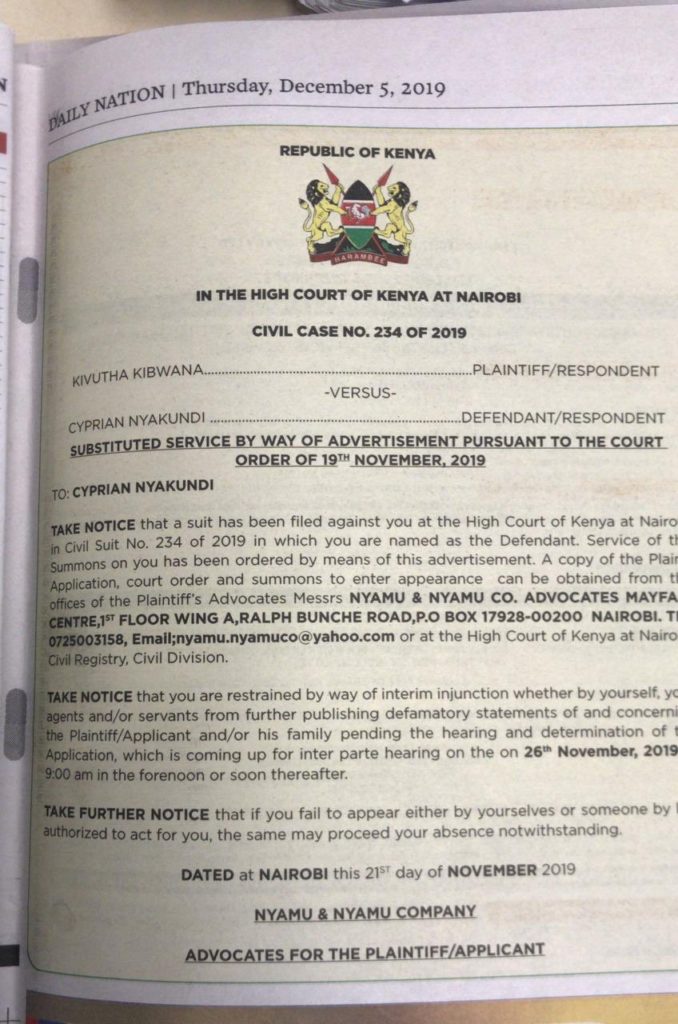 Loading...
After Being Away from the Spotlight, Don Bosco is Back with a BANG! < Previous
‘My Mother Warned Me About Noti Flow’ – Mustafa Slams “Bitter, Cheating” Ex Next >
Recommended stories you may like: