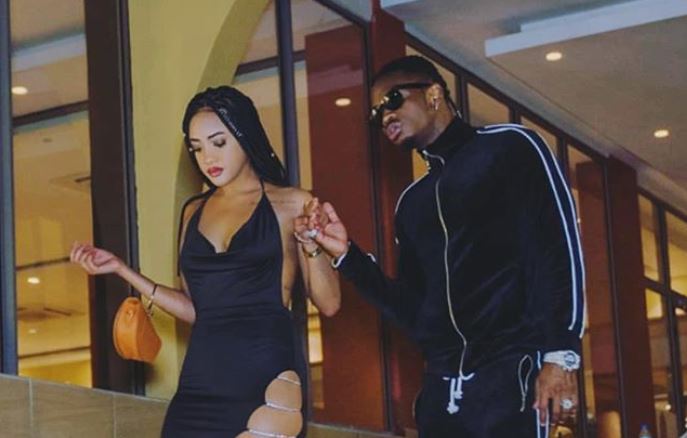 Wedding plans for Diamond and Tanasha Donna might still be on after the East African couple postponed their nuptials earlier this year.

The Bongo superstar has reiterated that it is time for him to settle down and hopes that he can finally make an honest woman out of the Kenyan radio presenter in 2020.

“We should pray that next year to be my time to get married, Inshallah,” he told Wasafi media over the weekend.

Diamond added: “All my siblings have already married and I don’t have a reason to keep on postponing.”

According to the Wasafi boss, he has all the reasons to marry, especially now that Tanasha has given him a child.

“I have all the reasons to marry. I have a beautiful wife who has given me a good child. I eat and I have good friends.”

The lovebirds were set to marry on February 14, 2019, but postponed the wedding to accommodate family members.

‘The wedding was supposed to be on February the 14th but I told Diamond that I can’t do it until my mom is here, and she can’t leave work at the moment,” Tanasha said.

Late last year, Diamond said none of the women he dated in the past wanted to settle down with him, and that it is only Tanasha Oketch, who had shown seriousness.

“Tanasha Oketch is the only woman who has shown me that she takes seriously my desire to have a wife. And, as a result of her commitment, I hereby say – officially – that she is the one I will marry,” Diamond told Tanzania’s Ijumaa newspaper.

“She has all the qualities that I am looking for in a wife. However, you know most of us tend to look at physical features such as facial attractiveness, body shape and other qualities. After being sure of those, it is when we evaluate the woman’s character. I would like to say that I have keenly subjected Ms Oketch to all those parameters, and I am convinced beyond doubt that she is well-bred and is very beautiful.”