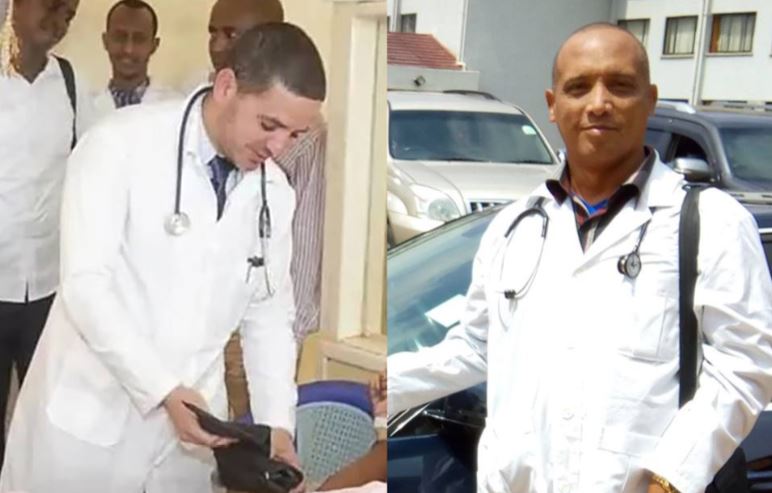 Two Cuban doctors who were kidnapped in Mandera in April “are well,” a Cuban official said Tuesday.

Ines Maria Chapman, vice president of the Cuban Council of Ministers, said both Cuba and Kenya were working to get the medics released.

“The Kenyan authorities affirmed that both doctors, Assel Herrera and Landy Rodriguez, are well and they will continue their efforts, as well as those carried out by our country, for their safe return to Cuba,” Ines told reporters in Havana after returning from a trip to Kenya.

She however did not give details on the whereabouts of the doctors who were abducted on April 12 by suspected al Shabaab militants.

“Our people can be sure that the Cuban government, like the government of Kenya, is making huge efforts, paying special attention to this issue,” Chapman said.

She said the rest of the Cuban doctors in Kenya “are fine, they are safe. Some doctors who were on the border have been relocated closer to the capital.”

Herrera Correa( a general practitioner) and Landhi Rodriguez (Surgeon) were headed to work at Mandera County Referral Hospital when they were kidnapped. One of their security personnel was shot dead on the spot before the doctors were bundled into two waiting cars that sped off towards the Somali border.

Loading...
Dramatic Shootout in Kayole Leaves 2 Gunmen Dead, 6 Civilians Injured < Previous
The Top Stories on the Internet Today (Thursday December 19) Next >
Recommended stories you may like: