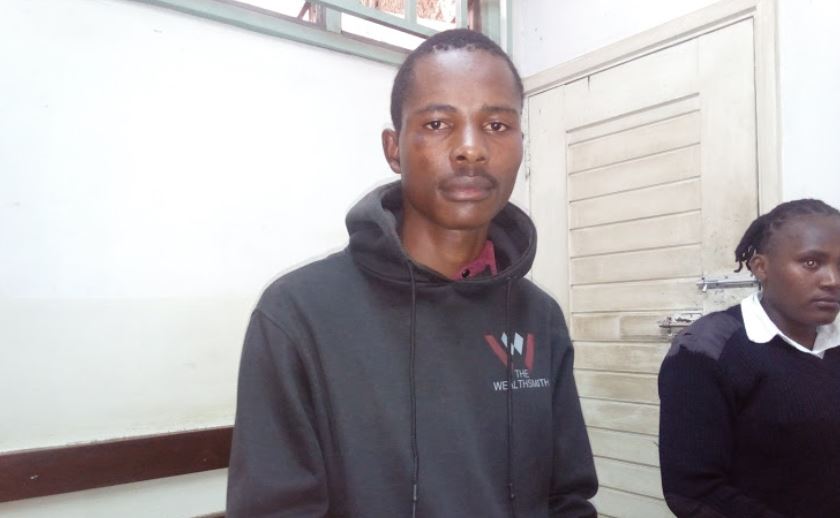 A man was arraigned in court Monday and charged with attacking a waitress with a knife, forcing her to perform oral sex, raping her and robbing her of Sh630 from her M-Pesa account.

The suspect is accused of raping Stella (not her real name) after he waylaid from her gate to a bushy place in Uthiru on December 4.

Mbusiro was also charged with indecently touching Angela’s private parts and robbing her off Sh130 from her porch and Sh600 from her M-Pesa account.

“I had left my place of work in Githurai 44 where I work as a waitress and upon reaching Uthiru, I bought some chapati and mayai (eggs) and started walking home. There was an elderly man in front of me,” police report quotes Stella saying.

The victim said it was raining heavily when Mbusiro attacked and threatened her with a knife. She said she decided to corporate for the sake of her life.

“He grabbed me from behind and when I managed to turn and look at him, I realized that he was a stranger. He showed me a knife and told me to either cooperate or face death.”

“The suspect took me to a bush that was full of maize, beans, nappier grass and forced me to suck his penis, raped me and stole my money,” Stella recounted.

She said Mbusiro forced her to undress and hanged her clothes on an avocado tree.

“After he ejaculated, he told me to use my dress to clean my private parts and thereafter chased me away and vowed to kill me if I revealed the matter to anyone.”

The suspect also ordered her to surrender all her money and forced her to reveal her  M-Pesa account pin number which he used to transfer cash to his mobile phone.

The accused then removed her Simcard from the phone and destroyed it with his teeth.

“I went home and found my aunt in the house. I was crying and feeling frightened. I narrated to her what had happened and she told me to sleep until the following day when we went and reported the matter to police.”

Mbusiro asked the court to release him on lenient bond terms, with the Magistrate granting him a bond of Sh600,000 with surety of the same amount.

The case will proceed on Mach 3 after a mention on December 24.

Loading...
KDF Hopeful Arrested for Blocking President Uhuru’s Motorcade in Nairobi < Previous
The Trending Images This Jamhuri Day Next >
Recommended stories you may like: