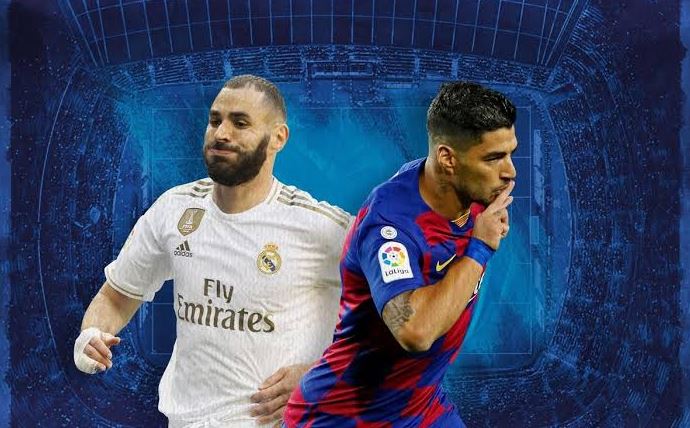 Barcelona and Real Madrid face off in the first Classico of the season at the Camp Nou on Wednesday with the two sides locked together on 35 points at the top of La Liga.

Neither team is yet to play at their fluent best, but with the likes of Lionel Messi, Luis Suarez, Antoine Griezmann, Luca Modric, Toni Kroos and Karim Benzema on the pitch, both sides will fancy their chances of winning, according to Kenyan betportal.

So far this season Barcelona has been better in front of goal, scoring 43 times in La Liga, while Real have only managed 33 goals.

However, Real have been far more solid at the back and have only lost once in 16 matches, conceding just 12 times in the league.

Barcelona don’t have any fresh injury doubts for this game, with only Ousmane Dembele a long-term absentee.

The French international is unlikely to return until the new year.

Real, on the other hand, have a number of worries, with Eden Hazard likely to miss his first Classico as a Real Madrid player.

Elsewhere, Lucas Vazquez, Marcelo, James Rodriguez, and Marco Asensio will all miss the match because of injury, although Gareth Bale could start.

El Classico is always a tricky game to predict and with both clubs at an uncertain point in their history, this occasion is no different.

Real certainly have been suffering from injuries, but look more solid as a unit this season than Barca.

Meanwhile, Barca have all the attacking talent they could want, as well as the likes of Frenkie De Jong and Arthur in midfield, but they continue to struggle to reach their full potential with Ernesto Valverde at the helm.

As we have seen in the past, Zinedine Zidane is the master of the one-off fixture, and with these two locked at the head of the table, don’t be surprised to see Zidane work his magic and Madrid to win 2-1. And if you are rooting for any particular team and think they will win – sports betting in Kenya is the best way to show your prediction skills.