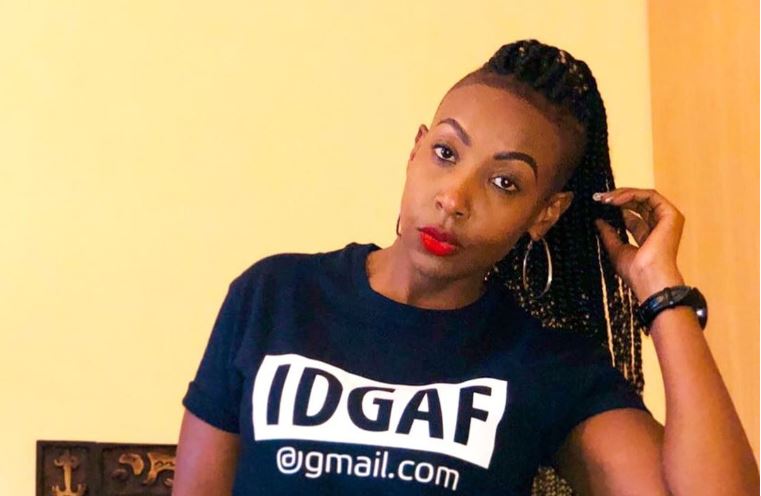 Radio personality Mwalimu Rachel showcased her “mama bear” instincts on Twitter Wednesday after she called out a Member of County Assembly (MCA) for derailing her “cubs”, music group Sailors.

The NRG Radio presenter who doubles up as the Gengetone stars’ manager narrated how the unnamed MCA went partying with the group when they should have been at their place for pick up to a show in Kitale.

“So this morning I receive a call telling me that @sailors254 were late for pick up from their place because they were apparently being entertained by a certain MERU MCA,” said Rachel. 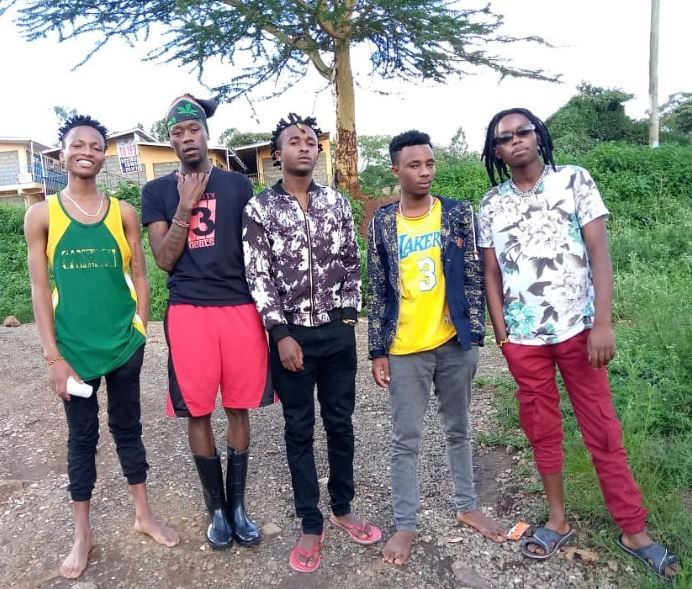 She said the ward rep insisted on driving Sailors to Kitale “because he wants to see them perform”.

“He had the audacity to tell our road manager that he will drive them to Kitale because “he wants to see them perform?!” Because what work have we been doing all this time sir?”

“A mere MCA derailing our work as management and flaunting your small small money so that you show Sailors what? Derailing them to go party when they’re building their future!?” posed Mwalimu alias ‘Auntie wa Sailors’.

According to Rachel, the move by the MCA was disrespectful and hypocritical.

“You want to support them? How about reach out earlier and provide a car with a driver and jaza mafuta. Don’t just come there with your chest saying you will drive them. Who are you? We don’t know you! Such disrespect.

“Where were you when no one knew Sailors? Where was your ‘support’ then? And if they get into your fancy car Mr Politician and they get into an accident God forbid, do you even know where their parents live?? ACHA UFALA!!” she blasted.

“Mama bear” further cautioned other upcoming artistes to be wary of toxic company.

“Artists!!! GUARD YOUR TALENT AND HARD WORK!!! Do not let politicians, so called fans or anyone lead you astray! That is where abuse of alcohol, reckless sex that leads to infections and drug abuse creeps in! Chunga sana! These streets will love you now and spit you out tomorrow,” she said. 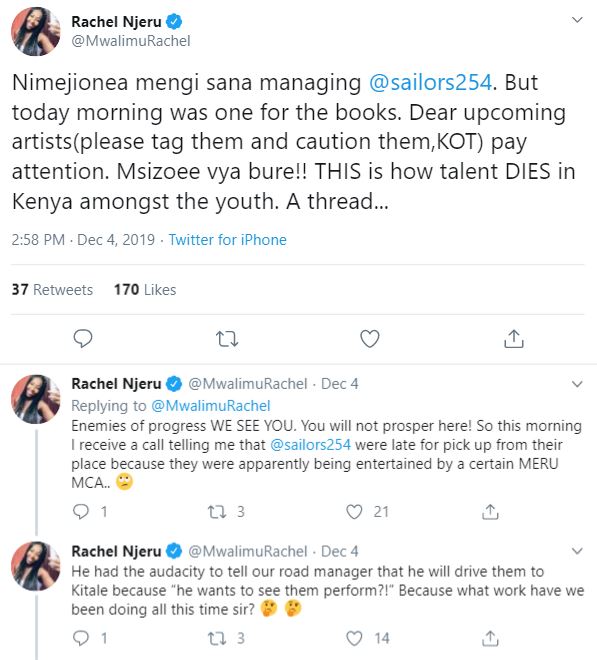 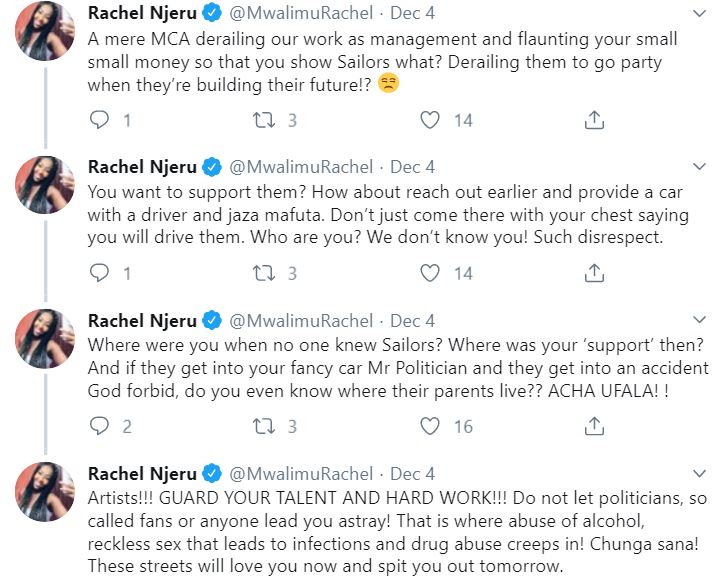 Loading...
Kibera Cop Dies in ICU After Being Hit With Cue Stick by Bartender < Previous
Churchill: J Blessing Not Sacked, Working on New Shows Next >
Recommended stories you may like: