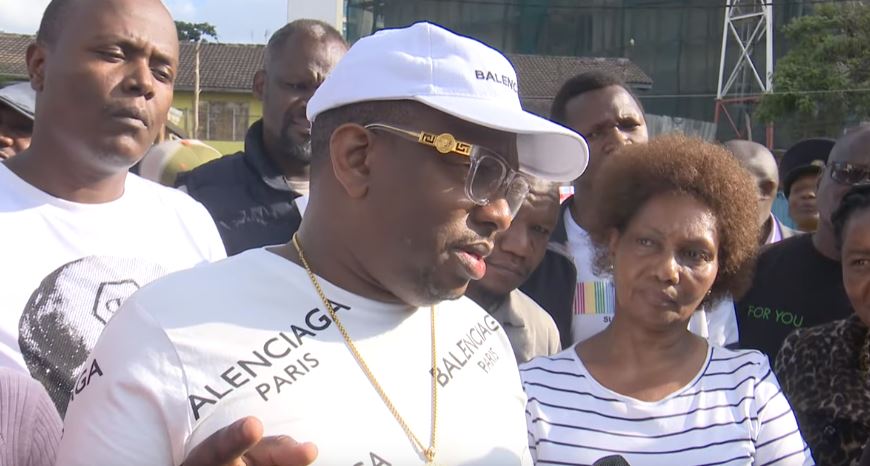 A case in which Nairobi Governor Mike Sonko is accusing an EACC Director of orchestrating the fraudulent sale of Integrity Centre has been referred to the Anti-Corruption Division.

Justice James Makau of the Constitutional and Human Rights Division issued the directive for further directions scheduled for today.

Sonko is alleging that EACC director of investigations Abdi Mohamud and his associates at the Ethics and Anti-Corruption Commission conspired in the sale of Integrity Centre at an inflated price of Sh1.5 billion to benefit from proceeds.

In documents filed in court, Sonko, through lawyer Cecil Miller, claims Abdi has the ability to abuse his office and influence the outcome of investigations by intimidating officers under him.

According to Sonko, Abdi concealed crucial information hence stalling the investigations and literally changing the findings and recommendations of investigation reports as he wishes.

“He then decides whether to forward investigation reports to the Legal Department for evidence analysis/crime reading, before they are forwarded to the Director of Public Prosecutions,” Sonko said.

He claims Abdi and his accomplices interfered with the investigation and altered the report prepared by investigating officer Kipsang Sambai.

“Abdi orchestrated the transfer of the said investigating officer more than three times in a span of two years without any justifiable cause to frustrate him and ensure he cannot be said to handle the matter at all,” Sonko argues.

The Nairobi governor wants Abdi to step aside and all EACC investigations against him suspended.

“The actions of the EACC and Abdi of purporting to investigate me on allegations of failing to declare my criminal record or previous convictions in the clearance form I submitted to them are malicious and illegal. I had already been cleared by the commission on two different occasions when I sought to vie for the elective positions of MP and senator,” Sonko states.

Loading...
All The Trending Images This Friday < Previous
No More Preaching in Public For Uniformed Police Officers – NPS Next >
Recommended stories you may like: