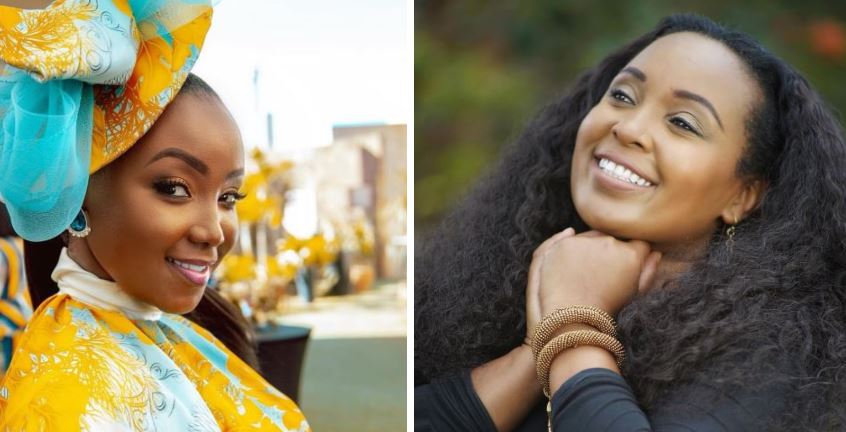 The MD and editor of Rembesha magazine took to the photo and video-sharing site Thursday afternoon to break the great news. She described the achievement as incredible and thanked her million-strong fanbase for making it possible.

“To have crossed the One Million follower mark on #instagram is incredible🎉🎉🎉 I’m grateful for your encouragement, love and support. Thanks a million for being there for it all 🙏🏽🙏🏽🙏🏽( ps: There are a million more thank you notes on stories 😊),” wrote the former NTV presenter. 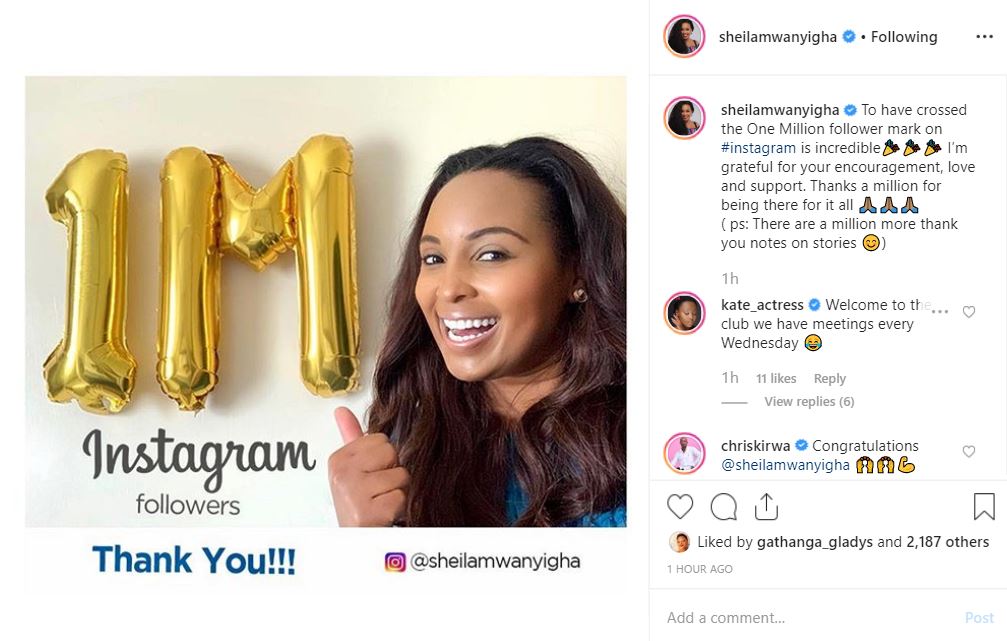 Of the above, Kate Actress was the most gracious in welcoming the new member as she shared an amusing rapport with Sheila Mwanyigha.

“Welcome to the club we have meetings every Wednesday 😂,” wrote Kate Actress. 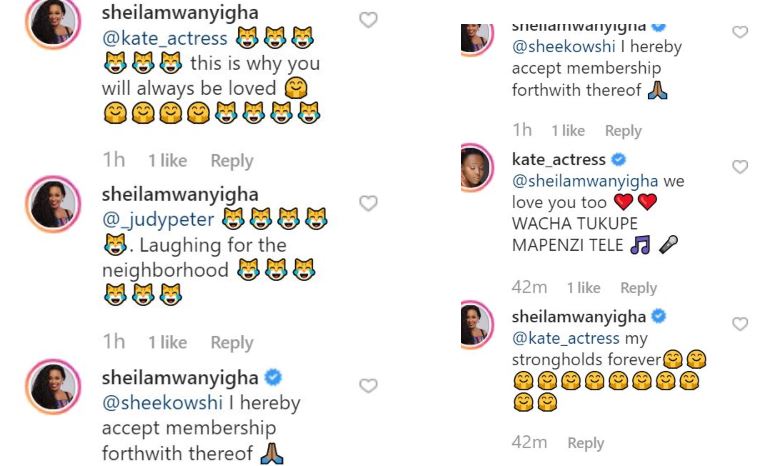 Other celebrities who congratulated Sheila included singer Fena Gitu who let the cat of out the bag that they are cousins. “Wow!! Go cuz! ❤️” she wrote.

Loading...
Naiboi Signs Girl Group Band Beca to his Label < Previous
I Deleted ‘Vitamin U’ Video for Rosa Ree, says Tdat as Tanzania Bans Femcee for 6 Months Next >
Recommended stories you may like: