Punish Me, Not My Family – Amos Wako Tells US 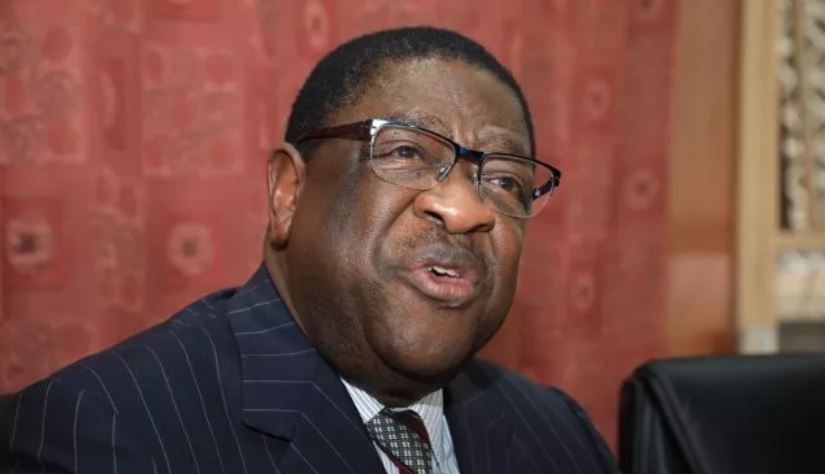 Busia County Senator Amos Wako responded to a travel ban issued to him by the US Department of State saying the US government should not involve his family in his “sins”.

According to the former Attorney General, his family was not part of his team during his tenure as the AG and therefore, they should be exempted from the travel ban.

“Even if I committed the sins of corruption, assume that I committed it, which I am emphatically denying, it would be my personal responsibility, and my wife and son and indeed all the members of my family should not be punished for my sins,” Wako said.

He said involving his wife and son in the matter was defamatory and in bad taste.

“I do not pretend to be Jesus to die for other people’s sins. I am just an ordinary Amos Wako, punish me for my sins.”

At the same time, Mr Wako rubbished the travel ban arguing the US should make public a list of corruption cases he is allegedly facing.

“These accusations do not help in the fight against corruption. If indeed the US is a serious partner in the war against graft, let them share with me and Kenyans the full particulars about the allegations,” he said.

On allegations that he had failed to prosecute graft lords while he was the AG, Wako said there was not a single corruption case presented on his table that he failed to process.

Amos Wako claimed the US was unfairly targeting him because he was issued with a similar ban in 2009. He said there was no need to issue another travel ban.

He confirmed that he had been travelling to the US despite the travel ban issued a decade ago.

Loading...
Lake Nakuru Chopper Crash: Captain Apollo Malowa Was Drunk < Previous
All the Trending Images This Thursday Next >
Recommended stories you may like: