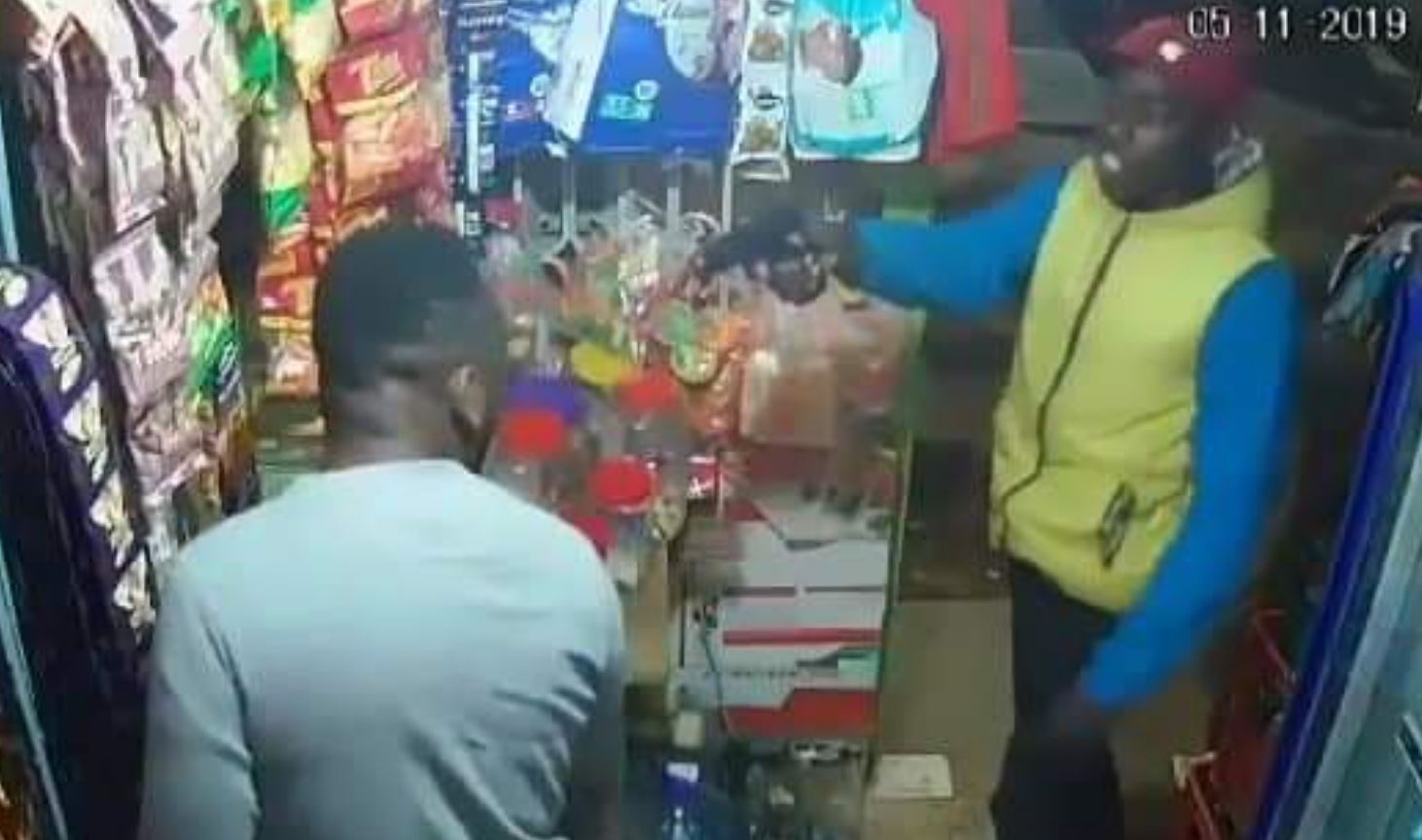 Authorities believe they have identified the gunmen caught on CCTV in a dramatic shooting inside a Kasarani shop.

The shocking video has been making rounds on social media, with Kenyans urging police to act fast and arrest the criminals.

In the clip, two armed robbers are seen entering a small shop in Kasarani area, and pointing a gun towards the shop co-owner Richard Muema. They then proceed to ransack the shop, probably looking for money.

Kasarani last night. These young boys show up with a gun and openly open fire on innocent customers. One of the customers is currently at KNH with 7 bullets in his body. This is just sad. Hey @NPSOfficial_KE and @DCI_Kenya these boys' faces are right here. Lock them up.
Thread pic.twitter.com/PLB21hcugt

At some point, one gunman opens fire and shoots the other co-owner Ulbanus Mutua (hidden from view), twice on the shoulder. Richard saw an opening and hit him on his head, but that quickly backfired as the gunman panicked and opened fire. Sparks are clearly visible from the video, and although it was unclear whether any bullet hit the brave man, it later emerged that he was indeed shot 7 times; 5 times in the abdomen and twice on the legs.

According to reports Monday morning, police have put a face and name to both suspects. The shooter is apparently an ex-convict, having just recently completed his term at Kamiti Maximum Prison.

The other has also been identified, but both their names are being withheld for now.

Both victims are admitted at Kenyatta National Hospital, with Muema in ICU.

Loading...
“You’re Like a Bat.” Raila To DP Ruto After Kibra Win < Previous
Ex-president Moi Rushed Back To Nairobi Hospital Next >
Recommended stories you may like: